The Art of the Possible 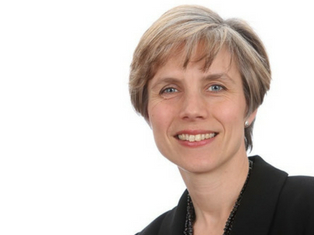 Jane Robinson of Durham University discusses the contribution of culture and creativity to teaching, research and wider engagement.

Summer may be in full swing, but that hasn’t distracted the UPP Foundation Civic University Commission from crossing the country to seek evidence on the future of the civic university. The Commission invites the question, ‘how can universities most successfully serve their place in the 21st century?’

This question is critical at a time in which universities are facing the greatest challenge in a generation to demonstrate their value to society, and their commitment to the cities and regions within which they are based. By seeking input from universities across the country, the Commission stands to uncover a rich tapestry of relationships between universities and their communities, each with its own distinct character and identity. This breadth is also likely to shed light on activities that may have little visibility in public debate, yet have tremendous wider benefits both for universities and their local communities. Culture is one such area.

I recently attended a Commission evidence session in Newcastle, focusing on the contribution of universities to the cultural and creative industries. The Commission heard from all five north-east universities, each of whom invest in culture as a key part of their wider engagement strategies, together with partners, including local authorities, cultural organisations and the LEP. Across the North East we also collaborate on Creative Fuse, to explore how the creative, digital and IT sectors can grow and contribute with greater impact to the regional economy.

The past decade has seen a substantial shift in the funding environment for arts and culture, with vastly reduced public resources. At the same time, many universities have recognised the potential to engage more proactively with the cultural sector as a meaningful demonstration of their commitment to place – and to bring about direct benefits for research and teaching.

Durham University’s Scottish Soldiers Archaeology Project showcases our approach to creating a cultural offer in Durham City based on the University’s own research. A discovery of human remains on our premises resulted in an extensive piece of international research, concluding that these were remains of prisoners of war from the Battle of Dunbar in 1650. The University has invested heavily in public engagement with the project, including the development of a bespoke exhibition at the University’s Palace Green Library, which has attracted global interest, alongside a programme of local community and education outreach activity.

Durham Commission on Creativity and Education

Our encouragement of creative learning environments for children across all ages is also apparent in our current partnership with Arts Council England and the Durham Commission on Creativity and Education. The Commission explores the place of creativity and creative thinking in all educational contexts, for young people under the age of 25. Through rigorous research, and liaison with partners across the cultural sector, we will produce evidence-based policy recommendations for government, with the ambition that they will be enacted across the curriculum. The project’s success will rely on the input of businesses, education practitioners, and the creative industries, all of whom hope to strengthen the collaboration for the benefit of young people.

Culture as a bridge

The University’s cultural offer is a key bridge between the University and the local community, providing access to the University’s venues, collections, and research. But above that, such opportunities have the potential to create a virtuous circle, connecting the interests of universities with the creative sector and the needs of employers across a range of industries.

Analysis undertaken by NESTA suggests that creative occupations are significantly more resistant to automation than other jobs. With advances in artificial intelligence and data-intensive science developing rapidly, there is an imperative for universities and the creative sector to work together in ensuring a sustainable workforce for the future.

It is clear that culture and creativity is an increasingly important area of activity for many universities, adding value in terms of teaching, research and wider engagement, but there is much more that could be done as part of an integrated and collaborative approach working with cultural organisations, local authorities, businesses and local communities. I hope that the Commission report, due this Autumn, reinforces this point and encourages national policies which recognise the great practice that exists and supports future development of this area to realise the art of the possible.

This article was originally published by the Association of Heads of University Administration.