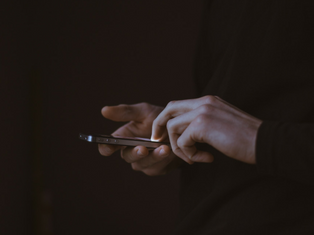 After months of campaigning and meetings, it appears that moves to criminalise “upskirting” – the act of taking secret, sexually intrusive photographs – have stalled. For now.

This is disappointing. However, all may not be lost. It is now time for the government to step up – and to eliminate inconsistencies in the treatment of victims of image-based sexual abuse.

Many victims fear for their physical safety, and the psychological impact can be devastating. These effects are ongoing. Each day, many victims wonder if the images will be shared, if more people are to view videos of them, if they are going to be subject to more abuse and harassment.

Too often the government simply reacts to specific instances of harm and abuse. This reactive approach and the single legislation it might lead to risks inconsistencies in the law, which hampers policing and fails victims.

If private sexual images are shared without consent and when the specific intention is to cause the victim distress, then there may well be a breach of the law. But, if they – and it is mostly men – distributes the image “for a laugh”, their actions are not covered.

The same is true if they produce and distribute a “fake” sexual image, even if everyone who sees it thinks it’s real. Also not covered are threats to circulate the images. And because it is a violation of privacy and not a sexual offence, victims are not granted automatic anonymity.

Victims have a very real fear, therefore, that if they go to the police, the images will be shared even more widely and the harassment and abuse might intensify. We’ve seen the impact of this through figures that show that many victims withdraw complaints, and the police charge very few (only 7%) suspects.

There are two likely reasons for this. First, there is no automatic right of anonymity for complainants whose private sexual images have been shared without their consent. Victims tell us that this means they are more reluctant to report to the police.

Second, we know from studies of rape and sexual violence that where victims have support, from organisations such as Rape Crisis or an independent sexual violence adviser, their cases are more likely to proceed.

Put simply, without adequate and effective support, some victims are likely to be unwilling or unable to take advantage of any new laws.

The government had previously said that it will consider any amendments to the upskirting bill. We’ve suggested the secretary of state for justice introduces a straightforward law which tackles all forms of image-based sexual abuse and which recognises these crimes as harmful, and sexual offences.

In fact, all the government need do is look to Australia where legislation criminalises all non-consensual creation and/or distribution of intimate sexual images –- including threats to do so and altered images.

If the government wants to make real its rhetoric of putting victims at the heart of the criminal justice system and ending violence against women, now is the time to modernise and strengthen the law – and provide resources to support those brave enough to use it.

If you would like to join our Law Department, please see our list of current vacancies. Alternatively register your interest and we will contact you when vacancies are advertised