Was Ireland’s 8th amendment a breach of the country’s international human rights commitments? 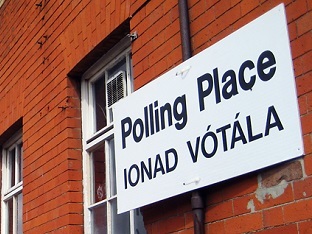 Up until Friday 26th May, Ireland had one of the most restrictive abortion frameworks in the world. Article 40.3.3 (the so-called 8th amendment) of its constitution states that a foetus and a pregnant woman have an equal right to life. This means that abortion is only legal in Ireland where the mother’s life is in danger. Abortion is punishable by up to 14 years’ imprisonment in all other circumstances. That includes when there is a risk to a woman’s health, when the pregnancy is a result of rape and when there is a fatal foetal abnormality.

All this is a violation of the international human rights obligations that Ireland has signed up to. Ireland’s legal framework has been challenged before the UN Human Rights Committee on two separate occasions. The first complaint came from Amanda Mellet in 2016 and the second from Siobhán Whelan the following year.

The cases were strikingly similar. Both women were carrying a foetus with a fatal abnormality. Both were treated by hospitals in Ireland that did not provide them with information on accessing abortion services abroad. Both travelled to the UK for an abortion and both faced significant financial and practical difficulties in the process. Both had to leave the foetal remains in the UK, which were subsequently delivered to them.

Both women suffered from complicated grief, feelings of isolation and ongoing trauma. Neither received any aftercare upon returning to Ireland. Both women argued that they would have been able to better accept their losses if they did not have to endure the pain and shame of travelling abroad.

The UN Human Rights Committee found that by not providing access to abortion to these women, Ireland was in violation of the prohibition of torture, inhuman or degrading treatment, and the right to privacy. These are all set out in the International Covenant on Civil and Political Rights – to which Ireland is a signatory.

The committee also said Ireland had violated the right of non-discrimination. That’s because these women had to terminate a non-viable pregnancy at their own cost, while other women who decide to carry a foetus with a fatal impairment to term receive the full protection of the public health care system in Ireland.

Importantly, the Human Rights Committee ruled that Ireland’s constitution could not be used to justify violations of its international human rights obligations. It cited Article 27 of the Vienna convention on the Law of Treaties, which provides that “A party may not invoke the provisions of its internal law as justification for its failure to perform a treaty”. The Human Rights Committee recommended that Ireland should amend its law on abortion, including if necessary its constitution, to ensure compliance with the covenant.

These committees have taken issue with the criminalisation of abortion in Ireland and the lack of availability of abortion in cases of rape. They are concerned about the lack of legal clarity on when an abortion can be performed where there is a risk to life (as opposed to the health) of a woman. They are also concerned about the discriminatory impact that Ireland’s abortion laws have on women who cannot afford to obtain an abortion abroad as well as the lack of access to safe abortion and post-abortion care services for children and adolescents.

As the 8th amendment provides that the right to life of the foetus is equal to that of the woman, the concerns of these various UN committees can only be addressed if this provision is removed from the constitution by way of referendum. This question was put before the Irish electorate on Friday, May 25.

The electorate voted to repeal the 8th amendment, and have paved the way for the introduction of legislation that will finally align Ireland’s abortion laws with its human rights law obligations. If the 8th amendment had been retained, women would have continued to be denied abortion services in Ireland, and Ireland would continue to violate international human rights law.