What new barriers can EU citizens expect in their daily lives after Brexit? 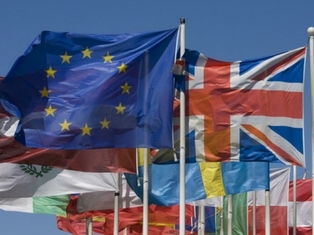 Professor Eleanor Spaventa warns that EU citizens living in Britain should prepare to present documentation whenever they interact with the state.

As the Brexit negotiations unravel, it is clear that the EU and the UK are set on very different paths in relation to the rights of both their citizen

The EU wants full protection for its citizens who are resident in the UK at the time of Brexit, and it wants this protection to continue for the lifetime of these citizens. The UK, on the other hand, wants to regain control over immigration as quickly as possible, bringing it under the purview of domestic courts rather than the Court of Justice of the European Union. This uncertainty might already be having an effect, with discrimination against EU nationals allegedly on the rise over issues including renting properties and applying for jobs.

The UK government’s thinking has become clearer following the unauthorised publication of an internal draft document on immigration after Brexit. In particular, the document – which is not official government policy – clarifies that immigration from the EU after Brexit will, by and large, be subject to normal immigration rules. But what does this mean in practice?

It matters when you arrived

EU citizens who arrived in the UK before the as yet undefined cut-off date will have a path to get indefinite leave to remain; such a status is acquired after five years of lawful residence and pre-Brexit residence will be counted towards the five years. The leaked document suggests that these people with “pre-Brexit” status will continue to be able to work and live in the UK in pretty much the same way as before. The main change would be in relation to the right to be joined by non–UK family after Brexit, as this will be made conditional upon earning a minimum income and an English language test. There are also likely to be increased bureaucratic ordeals to prove entitlement to pre-Brexit status.

The situation is going to be dramatically different for post-Brexit EU citizens. Here, the leaked document suggests a transition period of two years after Brexit in which EU citizens will be able to come and study, work or be in the UK unhindered for a temporary period of three to six months. After that they will have to register proving employment or evidence of a given minimum income. It is not clear whether those citizens will be eligible for welfare benefits and NHS provision.

After the transitional period, EU citizens who come to the UK are likely to be treated in roughly the same way as non-EU immigrants – not very well. They will need permission to work and reside (tourists will probably be exempt), and might have to pay hefty immigration fees. Permission to work is likely to be conditional upon the needs of the British economy: at present, non-skilled and low-income non-EU immigrants can only come and work in the UK based on a sector-by-sector approach.

There is also a non-concealed effort to avoid immigrants from settling – the most blatant element of which is the impossibility for immigrants earning less than a minimum of £18,600 to be joined by family members. Studying in the UK could also become less attractive: higher university fees for foreign students, as well as language tests and immigration clearance will make other EU countries, such as Ireland and the Netherlands, much more attractive.

Working visas, minimum investment or capital requirements for self-employed people will inevitably affect the pull factor of London as a creative hub. Qualifications obtained in the EU might or might not be recognised, depending on future agreements.

EU immigrants are likely to be subjected to the same immigration checks as non-EU immigrants, not only at the border but also within civil society – from employers, universities, landlords and the NHS. But worst of all, the leaked document makes one thing clear: the government is considering pursuing its hostile environment policy in relation to EU citizens.

This policy was devised during Theresa May’s time at the Home Office and aims to do exactly what it says: create a hostile environment which deters immigrants from coming to the UK, and passively encourages them to leave. Given the contribution of EU citizens to all sectors of the British economy, creating such a hostile environment might be tantamount to cutting one’s nose off to spite one’s face.

Although the final details are not yet clear, all this means that EU citizens should prepare to be asked for documentation when they interact with the state to prove their eligibility to live, work and access public services. This is most likely to be their passport as national ID will no longer be accepted as proof of identity.