Is there enough good evidence to inform teaching in schools? 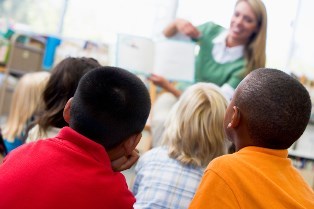 Most people would agree that a good education for children and young people is important. It is, in the same way as health, housing and criminal justice, one of the major commitments of government to public service.

In order to identify what works and what doesn’t, it is crucial to use a secure evidence base to decide what teachers should use in the classroom to make the biggest positive impact on children.

Why is it then that research on education has until recently been heavily criticised for not providing an evidence-base secure enough for such high public expenditure and such an important issue for young lives?

The evidence-based education movement has tried to address this but has so far not been widely accepted or successful. Practitioners and politicians continue to work largely without reference to the evidence available. Education is too important to proceed with this peculiar separation between evidence and practice.

Our team in the School of Education has been involved with all of the major evidence-based initiatives from the outset as researchers, and advisers, and on funding and commissioning panels

We have conducted and advised on trials ranging from the use of eye glasses for disadvantaged children or serving more fruit in school canteens through interventions to help children catch up on arriving at secondary school to the wider outcomes of uniformed groups or working for charities.

The moves towards evidence-based education are welcome and well-intended, and many improvements have been made as a result. However, progress has been sketchy for a number of reasons, including continued resistance from university academics, which means that the funding is disproportionately going to bespoke companies and organisations with an unhealthy reliance on repeat ‘business’.

There have also been important methodological wrong turns. In trying to make this new approach to evidence more widely accessible and politically acceptable the funders have picked up too many of the bad aspects of the kind of poor research they had intended to replace.

In our book, called “The Trials of Evidence-Based Education”, we present innovative methods for the design, conduct, analysis and use of evidence from robust evaluations like educational trials.

Some of the design and methods proposals have never been presented together as a solution to the kinds of problems encountered in trials before.

The results of thousands of studies are combined using these techniques, and their implications are spelled out for the research community, policy-makers, schools wanting to run their own evaluations, practitioners using evidence, and the wider public (who pay for research and who are the participants in education).

The book will hopefully be a key guide for those who want to read and critique the research evidence of others, and for those thinking about conducting robust evaluations for themselves.

Teachers and school leaders can use it to undertake their own evaluations, or to pick their way through evidence for use in practice.

As the attention of funders is moving from only being interested in children’s attainment to a political concern about character-building and wider educational impacts, it is important to assess the promises, problems and opportunities that come with this.

In all of this, we must keep the issue at heart in mind – a good education for children and young people, informed by a solid evidence-base.

Money is being wasted and opportunities are being missed. It is time for change.