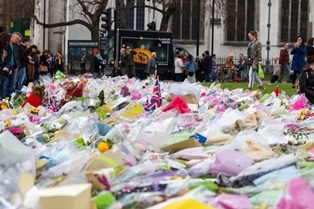 Dr Alan Greene believes the way we talk about terrorist attacks can help the extremists' cause.

While the magnitude of the attack on people enjoying a Saturday evening out in London on June 3 was not on the same scale as the carnage wrought on Manchester the previous month, terrorism and fear of terrorism is not just about the body count.

If what scared the public and motivated politicians most was simply an actuarial risk-assessment exercise, we would be far more afraid of road accidents – or domestic violence, which 432 people (mostly women) lost their lives to in the UK between April 2012 and March 2015.

Rather, what makes terrorism such a visceral and emotive phenomenon is that it is, essentially, political violence. Terrorism courts publicity. It is about the “propaganda of the deed” and using violence to communicate a political message.

The form of the Manchester attack was particularly striking given its use of explosives and the targeting of mostly young teenage girls – a particularly vulnerable section of society – at a concert. But such attacks have become rare in the UK due to a multitude of surveillance and security powers and the cooperation of local communities. Instead, it seems, “low-tech” attacks that use vehicles and knives are on the rise, exploiting the banality of the objects they employ as weapons to avoid arousing suspicion.

Yet these low-tech attacks also seek to send a message. Terrorist attacks are designed to communicate strength through the use of shock tactics.

Islamic State (IS) propaganda is replete with militaristic images, and seeks to recruit followers to join its supposedly massive, well-equipped army. Ironically, low tech attacks should fail to do this – and communicate the exact opposite. They are an express admission that the individual terrorists do not possess the technical capabilities or resources to carry out other, more sophisticated forms of attack. So why then are these low-tech attacks not conceptualised as a sign of weakness?

The lone wolf needs a pack

Following the March attack on Westminster, Prime Minister Theresa May appeared on national TV to reassure the public that one man with a car and a knife would not silence democracy. Of course, he can’t. One man with a bomb in Manchester and three with knives in London could not do so either.

The following day in a speech to Parliament, the Prime Minister again stressed that the attacker acted alone; however, she then in the same speech described the attack as “an attack on free people all over the world”. In so doing, the Westminster attack was framed, not as the actions of a lone individual, but as part of a global trend of similar attacks. Connecting the dots between each so-called “lone wolf” magnifies the threat of IS – and the individuals who claim allegiance to it – increasing their perceived capabilities to “sow terror”.

Given this extra oxygen of publicity, these attacks act as either an inspiration for other copycat attacks or as a recruiting tool for IS. The lone wolf needs IS to give their actions meaning and to magnify their impact beyond the immediate “ground zero” of their attack. Without it, the attacker is just that: a killer with a car and a knife. Similarly, IS needs the lone wolves to demonstrate to the world that their reach extends their immediate sphere of influence. The lone wolf needs the pack as much as the pack needs the lone wolf.

In reality, however, there may be no real communication between IS commanders in the territory they hold in Iraq and Syria, and the attacks they inspire. In fact, there may be no link at all except for that which exists in the minds of attackers; a link that is reified by our willingness to attribute their actions to IS. In turn, we send a signal to other would-be attackers that they too will be elevated to the status of IS fighter in the minds of the public should they decide to carry out similar atrocities.

Certainly, the modus operandi of the London Bridge attack looked like previous attacks attributed to IS – for example, in Nice, France in July 2016 and at a Christmas market in Berlin, Germany in December 2016. The attack also bore a striking resemblance to that carried out by Khalid Masood on Westminster Bridge in March. That attack was also attributed to IS in the popular press yet, to date, the police have found no link between any terrorist organisation and Masood.

IS also claimed responsibility for an attack on a casino in the Philippines on 2 June that left 37 people dead. It subsequently transpired that this attack had nothing to do with IS at all. Why then are we so eager to attribute every possible terrorist attack to IS?

Politicians and the media take great pains to label IS as “so-called Islamic State” or “Daesh” so as not to legitimise it. Yet any reticence to label an incident as terrorist and linking it back to IS is wholly absent. So the group that is supposedly “delegitimised” by being referred to as “so-called” is then, often in the same sentence, aggrandised as capable of carrying out terrorist attacks across the globe, far beyond the territory under its control.

How to fight back

In light of this, what response is needed? Much like terrorism itself, counter-terrorist responses are very often about symbolism and communicating a message, too. Counter-terrorism is about the state seeking to reassert itself and reassure its citizens following a demoralising attack. Often it is unclear whether these measures will make us any safer. Indeed, the more extreme measures may even be counter-productive as evidenced by the use of internment in Northern Ireland, which ravaged community cohesion and acted as the single biggest recruitment tool for the IRA.

Following the Westminster attack in March, Home Secretary Amber Rudd called for new powers for security agencies to access private communications such as WhatsApp which are currently protected by end-to-end encryption. Then on Sunday, Theresa May proposed a new plan centred on tackling online extremism. The difficulty is, however, that there is zero evidence at the present time suggesting that such measures would make us safer.

Low-tech attacks that use knives or vehicles demonstrate that laws surrounding the possession of fire arms or materials that could be used to manufacture explosives are more than sufficiently robust. It is difficult to see therefore what new laws, if any, the UK could enact. This is not to say, however, that we, as a society, are hopeless to confront these attacks.

There may certainly be a case for more resources for police and security services to enable them to make use of the resources they have. However, this is not a point I wish to argue here. Rather, perhaps the one thing we should all agree to do is refuse to connect the dots for IS.

We should refuse to aggrandise both them and the attackers that have committed these heinous atrocities, instead framing the events as the criminal actions of lone individuals. In turn, we should avoid polarising language about engagement in a war of civilisations. Such talk simultaneously divides society in the manner that IS seeks to do while also aggrandising IS into a threat that is capable of challenging our way of life.

This article was originally published on The Conversation. To comment on this piece please see the original article.