This election must not result in another failed NHS Experiment 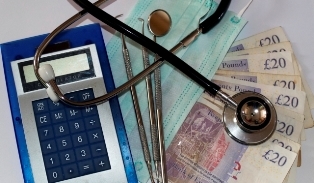 Professor David Hunter, from the School of Medicine, Pharmacy and Health explains that the election must not become an excuse for shelving much needed health system transformation.

A possible unwanted side effect of this most avoidable of unnecessary general elections, and the accompanying purdah into which everyone has slumped, is the impact on the NHS reforms initiated by the NHS Five Year Forward View published in 2014 and its update in the Next Steps delivery plan published earlier year.

One can only hope the NHS Chief Executive, Simon Stevens, is correct when he asserts that ‘there is no version of reality’ in which his changes will not be needed and actively pursued. Even if he is proved right there could still be disruption if a new health secretary replaces the current post-holder, Jeremy Hunt.

Or if the all-consuming Brexit negotiations divert the government’s focus and slow down the pace of change as seems likely. Or if a new administration decides to replace Stevens. As the chief architect and champion of the changes, he is critical to their success, especially at such a delicate stage in their evolution and before they have been fully embedded.

The election comes at a pivotal time in regard to progress with the New Care Models (NCM) nested in the Vanguards initiative and the evolving Sustainability and Transformation Plans (or Programmes if you prefer) (STPs) agenda.

In the case of STPs, Labour has stepped back from its rather foolish pledge announced in the leaked manifesto to impose an immediate moratorium on them if elected. But while the final manifesto now states that Labour will merely ‘halt and review’ STPs, the move still heralds a return to heavy-handed ministerial meddling from the centre.

As a way of running the NHS, it has rarely if ever been desirable or worked. Moreover, it opens up the prospect of further stalemate and risks failing once again to get to grips with long overdue changes to reshape the NHS for the urgent and complex challenges it faces.

For the changes to succeed requires sensible resourcing and sustained commitment over a reasonable time period, both of which are already fragile under the current government. If re-elected with a larger majority, it is unlikely much will change which could leave the changes in a precarious state, especially when coupled with the desperate pressures the NHS is already under both in terms of financing and staff recruitment.

So, while perhaps not putting the changes at risk in the way Labour’s proposals seem destined to do, a Conservative government with a fresh mandate need not axiomatically be good news for the NHS.

If the political outlook for the NHS changes presently being implemented looks potentially bleak or risky whoever wins, it will be incumbent on senior managers and clinicians, perhaps with the support of the Royal Colleges and others, including local government, to lead and drive the changes.

The Vanguards and STPs represent a chance of a lifetime opportunity to transform the NHS as it approaches its 70th birthday in July 2018. Too often in the past, resistance to change has won out and the result has been an NHS which in many respects has become ossified and no longer fit for purpose given the changes in demography, lifestyles and the evidence of growing inequalities.

Successive inquiries and critiques of the NHS have pointed to the repeated failure to take prevention and public health seriously, to integrate health and social care, and to rebalance the health system away from costly, acute hospital care. The Vanguards initiative and STPs are confronting head-on all these deep-seated systemic problems that have persisted in the NHS for decades.

Drawing conclusions from the NCMs is premature and inconclusive. Generalising from very complex and different models and contexts is a hazardous business. But, putting these health warnings to one side, the early evidence emerging shows a passion, enthusiasm and high level of commitment to make the changes work. They are also felt to be the right way to go in terms of patient care.

Once the evidence from the local evaluations starts to appear later this year, there will almost certainly be a mix of likely successes and failures although it will take longer to assess how far the changes have actually impacted on health outcomes. It is also the case that, as the Public Accounts Committee concluded recently, STPs are a mixed bag and of variable quality. In most places, engaging local government and the public should have assumed a much higher priority at an earlier stage.

But when all is said and done, the unprecedented transformation journey on which the NHS has embarked has given permission to local areas to chart their own destinies within a national framework providing support and development know-how. It is not perfect and tendencies for old-style, command-and control behaviour to surface have to be resisted. Nor is the overall financial climate helpful or sustainable although, if one is honest, resource pressures have been an important stimulus for change.

If the changes underway can be maintained post-election and the NHS becomes a genuine health service rather than a sickness one, which it has been since its inception, then that must be the goal of all those who want the NHS to survive and should be embraced enthusiastically.

Warts and all, we should not squander this opportunity to transform the NHS so it can meet the 21st century challenges confronting it. Surely that has to be a 70th birthday present to remember.