The next scientific breakthrough could come from the history books 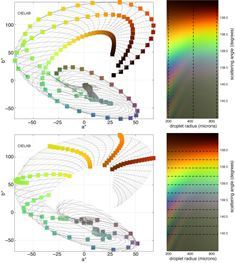 We have worked with paleographers (handwriting experts) and Latinists to decipher Grosseteste’s manuscripts, and with philosophers, theologians, historians and scientists to provide intellectual interpretation and context to his work. As a result, we’ve discovered that scientific and mathematical minds today still resonate with Grosseteste’s deeply physical and structured thinking.

Our first intuition and hope was that the scientists might bring a new analytic perspective to these very technical texts. And so it proved: the deep mathematical structure of a small treatise on colour, the De colore, was shown to describe what we would now call a three-dimensional abstract co-ordinate space for colour.

But more was true. During the examination of each treatise, at some point one of the group would say: “Did anyone ever try doing …?” or “What would happen if we followed through with this calculation, supposing he meant …”. Responding to this thinker from eight centuries ago has, to our delight and surprise, inspired new scientific work of a rather fresh cut. It isn’t connected in a linear way to current research programmes, but sheds light on them from new directions.

Take, for example, Grosseteste’s application of his colour theory to the rainbow, carried out in his final treatise. In explaining the differences of colours between and within rainbows on three axes related to his colour theory, Grosseteste put forward the basis of a coordinate system for colour embedded in nature.

It was only by looking at his discussion of rainbows recreated by modern physics that we could interpret his colour qualities in terms we use today. It’s the medieval equivalent of the way televisions combine coloured light, but written in the clouds with sunlight rather than on flat screens with liquid crystal displays. The finding also resonates with open research questions on why some colours seem closer to others in our perception.

One way of looking at the creative processes at work in this scientific dialogue with the 13th century is that it is just the kind of neoclassical (or neomedieval) science that some have assumed is impossible. We’ve found scientific ideas addressing current thinking in fresh ways in every treatise by Grosseteste we’ve examined so far, proving it’s not exceptional.

History is important. And through our collaboration through time with Grosseteste, we’ve shown it can undermine some of the brittle narratives told about modern science. We may be alone in space with our thoughts of communicating with the intelligence of other civilisations, but we need not be alone in time.