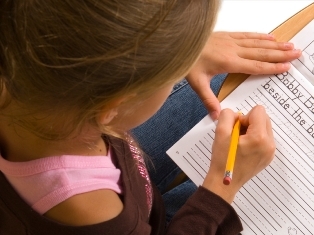 Professor Stephen Gorard takes a critical look at the Government’s case for fining parents who take their children out of school during term.

Absence from school is not to be condoned. But sometimes, for the most challenged young people, it cannot be avoided. And for pupils who otherwise attend school regularly it is not likely to be particularly harmful.

However, the UK Supreme Court has up-held the case of the Isle of Wight versus a parent, who took their child on holiday during term-time, and supported the Department for Education (DfE) claims that every day of missed school reduces later attainment and qualification.

For nearly two years the DfE, and successive education ministers, have stated versions of “missing the equivalent of just one week a year from school can mean a child is significantly less likely to achieve good GCSE grades”, in an effort to dissuade parents from taking their children on vacation during term-time, when flights and hotels are cheaper. The parent involved claimed that no harm was done and that their daughter ‘regularly’ attends school anyway.

Which, if either, does the research evidence support?

In the School of Education at Durham University, we have been researching patterns of pupil absence from school, and their link to attainment.

There is, as the DfE shows, a consistent and medium-strength correlation between pupil absence from school and subsequent lower attainment at Key Stage 2 (aged 11) and Key Stage 4 (aged 16). However, a more careful consideration shows several things.

The link may not be in one direction only. For example, our analysis shows that the best predictor of pupil absence in any key stage is not their background characteristics, their school, or their prior pattern of absence. It is their prior attainment.

Put simply, pupils who are already doing badly at school may be simply withdrawing further, so producing more missed sessions, rather than the missed sessions causing the later lower attainment.

The link between absence and attainment may be weaker than portrayed by DfE, or even not causal at all.

There are also differences between boys and girls, some ethnic minorities, and so on. If attainment is predicted using all of these factors, the link with absence is greatly reduced.

We can estimate how much difference going to school makes in another way as well.

Every year, young children start school if they are born up to 31st August and wait a further year if they are born from 1st September onwards. Therefore, after one year, there are children of almost exactly the same age, half of whom have had a year of schooling and half have not. This, along with tests of literacy and numeracy, can be used to estimate how much each day of school makes to average attainment.

We know that much of the improvement comes solely with age. Schools can and do make an important difference, but less so than the damage being claimed by the DfE for each day missed through absence.

Something is not right. And the simplest explanation is that absence is less important for many pupils than has been widely portrayed.

Finally, and perhaps most importantly, the DfE conflate very different types of absence.

There are pupils who have chronic illness. Long-term absence from school for them could easily lead to lower qualifications in future years. There are pupils whose home life means that school is not the highest priority every morning – such as those with a caring role for younger siblings, for example. There are those who are suspended or excluded from school, those ‘bunking off’, and those who usually attend regularly but have taken a holiday in term-time.

None of these situations is desirable, but each has different solutions. To use data from the first example to combat the last situation does not make sense. The analysis needs to be more fine-grained than that. This is what we are doing at Durham and fuller results will be available in the summer.

This work, led by Haifaa Alabbad (under the supervision of Dr Nadia Siddiqui and I), involves analysis of the National Pupil Database of all pupils at school in England, including their attainment at each Key Stage, school and family characteristics, the number of sessions missed through authorised and unauthorised absence, and suspensions and exclusions from school.