Does selective schooling work anywhere in the world? 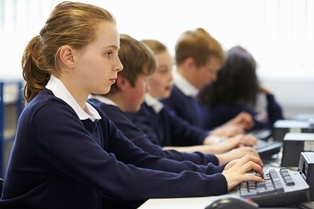 Professor Stephen Gorard from the School of Education has looked at the use of selective schooling around the world to see if any result in making "schools work for everyone".

After Prime Minister Theresa May announced that more schools in England would be allowed to start selecting pupils based on their ability, the government has launched a consultation on its plans to make “schools work for everyone”.

But the national evidence, based on comparing the 163 existing grammar schools with all other state-funded schools in England, is clear. Grammar schools take in very few disadvantaged or low-income pupils, and are associated with local segregation between families of different social and economic types, of a kind that reduces aspiration and damages futures. In order to get in, pupils have to be older within their year group (which is no indicator of talent or merit), and the few pupils who are eligible for free school meals in grammar schools have been eligible for fewer of their school years than average.

The higher examination outcomes for pupils attending grammar schools are explained by looking at who these pupils are – their prior attainment, family poverty, age-in-year and so on – and not by the kind of school they went to. It is not clear why these schools have survived as a remnant in the comprehensive era since 1966, nor why anyone aware of the evidence, both at home and abroad, would wish to expand them.

One of the biggest problems with comparing education policy in one country with that of another is that the economic, political and other contextual factors differ. A developing country may have selective schools and fund education poorly, leading to worse test outcomes than a richer country that does not have selection. This would be no test of the impact of selection.

None of the world’s major English-speaking countries such as the US, Canada, Australia and New Zealand have a national system of selecting children for entry to state-funded schools at around age 11, even though they may – like England – have specific school types that are selective. To slightly differing extents, they have what the OECD terms “low levels of horizontal differentiation at the system level”, meaning that their school systems are more comprehensive than selective.

These countries are, in many respects, the most similar to the UK. Many of the remaining countries with strong historical links to the UK are at different stages of development, such as Pakistan, which like several developing countries, does not yet have universal secondary schooling.

Selection in the Pacific Rim

The picture is less clear for non-European countries which are regularly deemed to perform well in international comparisons such as the Organisation for Economic Cooperation and Development’s Programme for International Student Assessment (PISA) tests. China is represented only by a few coastal urban areas. Japan and South Korea do not operate a national policy of selection – Japan has traditionally allocated places by the proximity of a child’s home to the school but is increasingly offering parents a “choice” of school.

Singapore on the other hand is more selective, and many of its most popular schools do use selection based on prior performance to handle over-subscription. Overall, however, there is no evidence from PISA or elsewhere that nationally selective systems and better test outcomes are positively linked.

In the EU, selection does not produce equity

Probably the clearest comparisons with the most evidence come from the European Union’s 28 countries. Even here, the level of development varies between countries. The UN Human Development Index is 92 for the Netherlands, but 78 for Bulgaria. In general, the countries that have low educational equity (assessed by a high correlation between social background and educational outcomes) are also less developed. Those with the highest Human Development Index, such as the Netherlands, Sweden, Denmark, Finland and England, tend to have high equity, better test outcomes, and are not nationally selective in their schooling.

The European countries that have relatively low equity for their level of development and expenditure on education (such as Austria and Germany) are the most obvious examples of systems with early selection of pupils, known as tracking. Others, such as Belgium or Ireland, traditionally operate on a strong sectarian faith-basis, which is linked then to clustering by ethnicity and immigrant status as well as social class. Such countries portray a stronger than expected link between a pupil’s individual attainment and the background of their parents – presumably because selection is on the basis of prior attainment, which is strongly correlated with socio-economic status and family background.

Levels of trust and civic participation among adults in such lower equity countries are among the lowest in the EU. This can be shown by the link between experiences at school, who a child goes to school with, and their wider outcomes such as preparation for citizenship.

So the best evidence for England is still the evidence from England, both from when the grammar school system was widespread and more recently. Both show that the gains are minimal if any, while the dangers for social cohesion are daunting.

This article was originally published on The Conversation.