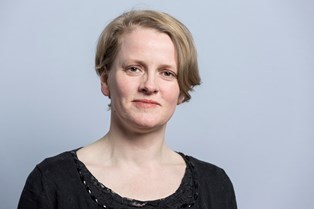 Dr Felicity Callard, Reader in the Department of Geography, and Director of Hubbub doesn’t think psychology can be used to diagnose and treat unemployment. She, Dr Lynne Friedli (Hubbub collatorator) and Robert Stearn of Birkbeck College, University of London explain why.

Made-up ailments such as “psychological resistance to work” and “entrenched worklessness” feature in ministerial speeches and lucrative Department for Work and Pensions (DWP) contracts, without attracting a murmur of protest from professional psychologists.

Psychological explanations for unemployment – the failings of the maladjusted jobseeker – isolate, blame, and stigmatise unemployed people. They reinforce myths about “cultures of worklessness”; they obscure the realities of the UK labour market and the political choices that underpin it. The same is true of psychological prescriptions for treating unemployment.

People claiming benefits are already subject to psycho-interventions through mandatory courses designed to promote “employability” and “job readiness”. And as we show in a new paper published in Medical Humanities, “positive psychology” is pervasive in Job Centres (the newly privatised Behavioural Insights Team has trained more than 20,000 Job Centre staff. A narrow set of approved psychological and personality traits are widely touted as essential to getting and keeping a job: confidence, optimism, positive, aspirational, motivated, and infinitely flexible.

Motivational “messaging” targets both staff and claimants, and is set to intensify. The 2015 budget sets out government plans to put therapists in job centres this summer. Online cognitive behavioural therapy will also be provided, in order to “improve employment outcomes” for claimants with mental health conditions.

The “change your attitude” message of positive psychology is enforced by unsolicited “positive thinking” emails sent to claimants, and in mandatory “employability” training courses promising to help with “self-esteem, self-confidence and motivation".

People on benefits are made to take part in various pointless and humiliating psychological group activities (like building paper clip towers to demonstrate team work), or take completely meaningless and unethical psychological tests to determine their “strengths”. But the goal is not a job with pay that you can live on. Instead, this is an intensive “change your attitude” programme, which – along with other forms of workfare – is designed to force people off benefits.

Workfare is a name for the different kinds of “work-for-your-benefits” schemes, exported from the US, which have spread to many rich democracies over the last two decades. In the UK, unemployed people are forced to work unpaid for a charity, business, or local authority in order to continue to be eligible for benefits (both Job Seekers' Allowance and Employment and Support Allowance – the benefit paid to sick and disabled people).

Sanctions amount, as David Webster has recently argued, to a “secret penal system”. Entrenched, arbitrary, and unaccountable, they deprive people of the money they need to eat and live. Workfare – backed by sanctions – also ensures a steady supply of free labour, replacing paid jobs, further depressing wages, and creating a claimant workforce without the legal status and rights normally given to workers. The unemployed person is a generator of income for everyone except themselves.

At the same time, assessing “employability” and enforcing activities said to increase it is now a central function of workfare, stimulating the growth of a state-sanctioned, state-contracted industry heavily influenced by – and reliant upon – psychological “magic” .

“Employability” isn’t a set of skills or attributes required for a specific job or job offer (receptionist, bus driver, call centre operator, care worker). Rather, it is about personality and emotions: achieving a generic upbeat state; having the characteristics, attitudes and habits of “the sort of person who can get a job” – the familiar roll call of confidence, self esteem, motivation and aspiration so celebrated by the CBI, as they lament the absence of these “job ready” attributes in young people leaving school or university and identify “a positive attitude as the key foundation of employability”.

This means that “attitude to work” – boosted by confidence courses and assertiveness sheets – becomes a legitimate basis for deciding who is and who is not entitled to social security and a condition placed on receipt of benefits.

In the past, conditionality related to things like refusing to take a job after receiving three offers of work. This was hardly beyond criticism. Now, the supposed absence of positive affect can trigger some form of sanction. “Lack of work experience or motivation” is one of the criteria for being sent on a Community Work Placement – six months’ unpaid community service for 30 hours a week.

Esther McVey, former minister of state for employment, talked about targeting people who are “less mentally fit, bewildered, despondent”, and about the difference between those who are “apprehensive but willing” and those who are “reticent but disengaged”. While unfit claimants will be sent on “more intensive coaching”, those who are “optimistic” can be placed on less rigorous regimes. This is how the DWP will decide who is to be punished with “extra support” – 35 hours a week at a Job Centre.

The 2015 Conservative manifesto stated that claimants who “refuse a recommended treatment” may have their benefits reduced. This attempt to co-opt medical professionals as state enforcers is what led to the first protest by psychologists. However, while campaigns such as Psychologists Against Austerity have focused on the psychological impact of welfare reform, there has been little mention of psychology’s central role in disciplining and punishing people claiming benefits, or of the ethics of psychological conditionality.

Notwithstanding the UK’s low pay, no pay economy featuring a growing number of precarious, exploitative and part-time jobs, what employers want is “enthusiasm” and workfare is designed to ensure they get it. The “engage” training module will help job seekers achieve “a mindset that appeals to employers, assertiveness, confidence, understanding the benefits of work, motivation and coping with low mood”. In the Job Centre and at the premises of private training providers these positive psychological imperatives – frequently laughable in themselves – are plugged into a violent and coercive sanctions regime.

The frameworks used for DWP evaluations of workfare schemes overwhelmingly focus on their psychological benefits. The explanation psychology offers, the treatment it delivers and legitimates, and the kinds of outcome it recognises, are also specified in DWP contracts worth hundreds of thousands of pounds (Focus the Mind, Achieve your Potential, Engage for Success). A programme for JSA/ESA claimants older than 50 even aims to persuade people that age discrimination doesn’t exist.

These developments raise important questions about the ethics of extending state surveillance – and state-contracted surveillance – to psychological characteristics. Psychology can offer a powerful critical perspective on these kinds of compulsion. But pressing issues of accountability and complicity have not been addressed by professional psychological bodies, in spite of persistent lobbying from anti-workfare campaigners. Boycott Workfare says that BACP – which sets standards for therapeutic practice – has been silent, and that they are still waiting for a statement from the British Psychological Society (BPS). Far from addressing the validity or ethics of assessing claimants for “psychological resistance to work”, BPS put out a press release noting that tests should be undertaken by qualified staff.

Psychological coercion and manipulation are part of the day-to-day experience of claiming benefits. It is time the profession took a stand against them.

Originally published in The Conversation

Hubbub is an interdisciplinary project of scientists, public health experts, clinicians and humanists funded by the Wellcome Trust and run from Durham University, with support from the Max Planck Institutes and the University of York.