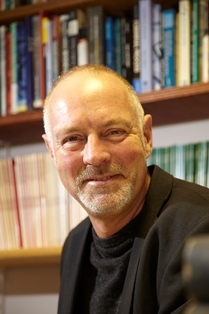 The mere mention of the term “organised crime” instantly conjures up brutal imagery of a crime family going about its day-to-day business to the tune of Coppola’s “Godfather”.

One of the ironies here is that life began to imitate art as US and Italian Mafia families (reportedly) imitated the mannerisms of the over-stylised characters in the movies.

But this imitation was mostly aesthetic, because research is revealing a very different picture of organised crime to the close-knit family ties of the silver screen classics; one of a complex and shape-shifting world of career criminals.

A recent EU-funded Organised Crime Portfolio research project, to which we contributed, has estimated that organised crime costs the EU economy about €110 billion. There are many ifs and buts around the precise definition of “organised crime”, but no matter how you look at it, the bottom line is that it is very costly to society.

In the UK, specifically, the National Security Strategy and the Serious and Organised Crime Strategy have identified organised crime as a significant risk to the UK’s national security. Drug supply, organised fraud and organised immigration crime are all thought to have major impacts on the UK economy, but also on society more broadly. Child sexual exploitation and abuse, criminal use of firearms, cyber-crime, economic crime and organised theft are identified as key threats by national authorities. In terms of geographical impact, organised criminal activity seems to be mainly concentrated in London and the South-East, the North-West and West Midlands, but other areas of the country are affected as well to a lesser extent.

One of the key concerns in the UK is the structure of organised crime groups and the extent to which they reflect or differ from the socio-geographically based mafia groups found in Italy and elsewhere. The picture of organised crime in the UK leans away from the traditional Mafia model towards conglomerations of career criminals who temporarily join with others to commit crimes until they are completed and then reform with others to commit new crimes.

As of December 2013, the number of organised crime groups operating in the UK was estimated by the National Crime Agency (NCA) to be about 5,300, comprising about 36,600 organised criminals. A Home Office study of criminal profiles of organised criminals in the UK has shown that the vast majority (87%) were UK nationals. While the majority had been convicted for drug-related offences (73%), only 12% of them specialised in a particular crime type – most are generalists.

Perhaps the most interesting finding of the EU Organised Crime Portfolio project is that if you take the large Italian mafia groups out of the equation such as La Cosa Nostra, ‘Ndrangheta, Camorra and others, then the pattern of organised crime groups in the UK is roughly similar to the rest to Europe. Most studies characterise them as polymorphous, adaptable and fluid multi-commodity criminal networks.

While kinship and ethnicity remain important factors for group cohesion, multiple cross-ethnic linkages also play an important role in group formation and such mixed networks may be more viable, successful, continuous and respected. The evidence points to domestic groups and networks, but there is some indication of activity by foreign-based organised groups operating legal businesses in the UK.

These constantly adapting organised crime groups are shifting towards less risky and less violent – but still lucrative – market niches where detection of organised crime is more difficult. Our research shows that fraud, drug trafficking, counterfeiting and tobacco smuggling are currently the largest organised illicit markets in the UK. Other profitable markets are trafficking for sexual exploitation and organised vehicle crime.

Alongside traditional markets of organised crime such as drugs and human trafficking, there is growing evidence of its presence in the financial sector, renewable energy, and waste and recycling..

Our estimates show that the profits of particular criminal enterprises can vary from tens of thousands to hundreds of millions of pounds. Contrary to popular belief, not all organised crime is associated with vast profits; many offenders just make enough to cover living expenses they “offend and spend”, partly an effect of the Proceeds of Crime Act 2002, which empowers various agencies to seize the profits of crime.

When criminals do invest, their main motivation is to satisfy personal and family consumption needs and lifestyle preferences. They may also create illegitimate businesses or use their profits to facilitate further crime such as money laundering, rather than accumulate wealth.

Criminals do tend to buy themselves “toys”. It is common to see high-value assets and consumer goods such as properties, cars, bikes, number plates, boats – even private jets and helicopters. They are important as symbols of success and patterns of luxury lifestyle. High-value antiques, art and jewellery are particularly favoured investments and a way to launder money. Criminals may also make functional investments – investments in businesses used as fronts for illicit activities, to launder illicit proceeds, or to perform criminal activities.

These businesses tend to be wholesale and retail trade, bars and restaurants or transport companies. Convenience stores and off licences can be used to sell illicit goods (for example smuggled alcohol) or act as fronts for other illicit activities. Other profitable sectors for organised crime groups are construction, sports and gaming, money service businesses, payday loan companies, sex, tattoo and other personal activities, hotels, sports and casinos.

Unsurprisingly, London emerges as the area where organised crime groups invest the most, but there is also a significant presence of business investments in Scotland (North-East, East and South-West) and in real estate abroad, especially in Spain.

The picture of organised crime emerging from the project is that of an evolving, adaptable transnational business model which clearly points to the need for a fundamental change in the general approach towards policing organised crime in the UK. The current hierarchical and rigid model we have is perhaps more suited to targeting traditional socio-geographical mafia type organisations, but 21st-century organised crime requires a bit more thought. It must be based on our better understanding of the threat of organised crime and of approaches to harm reduction, and be supported by a stronger evidence base of the kind the EU’s Organised Crime Portfolio project provides.