Children rely on what they hear when detecting emotions 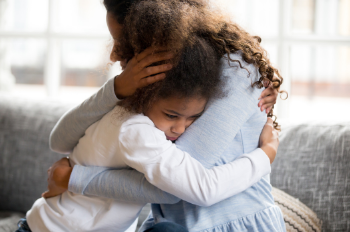 Children determine emotion through hearing rather than seeing, our researchers have found.

Children determine emotion through hearing rather than seeing, our researchers have found.

In a first-of-its-kind study, our Department of Psychology looked at how children pick up on the emotions of a situation.

The findings could benefit both education professionals and parents currently managing home learning, by increasing their understanding of how young children pick up on what is going on around them.

It could also provide new avenues to understanding emotional recognition in children with developmental challenges such as autism.

Volunteers in three age categories (seven and under, eight to 11, and 18+) were shown pictures of humans, with faces blurred, and played human voices, which conveyed happy and fearful and sad and angry emotions.

The pictures and sounds were presented both on their own, and in corresponding and contrasting combinations, and the volunteers were asked what the over-riding emotion was in each.

Our researchers now plan to investigate whether young children still rely on what they can hear when they can see human facial expressions and when human voices are replaced with music conveying similar emotions.