Did dogs join us in settling the Americas? 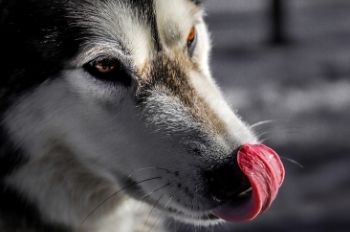 Dogs are regarded as our best friend and now our researchers say the first people to settle in the Americas brought their canines with them.

The research led by our Department of Archaeology sheds more light on the origin of dogs.

Researchers looked at the archaeological and genetic records of ancient people and dogs.

They found that the first people to cross into the Americas before 15,000 years ago, were of Siberian descent and were accompanied by their dogs.

Domesticated before reaching the Americas

Their discovery suggests that dog domestication likely took place in Siberia before 23,000 years ago, prior to the human settlement of the Americas.

Following their domestication, people and their dogs eventually travelled both west into the rest of Eurasia, and east into the Americas.

Our best friend for quite some time

Since their domestication from wolves, dogs have played a wide variety of roles in human societies, many of which are tied to the history of cultures worldwide.

The Americas were one of the last regions in the world to be settled by people.

By this same time, dogs had been domesticated from their wolf ancestors and were likely playing a variety of roles within human societies.

The researchers now plan further archaeological and genetic studies to show how the emerging mutual relationship between people and dogs led to their successful dispersal across the globe.