Why some people report ‘hearing the dead’ 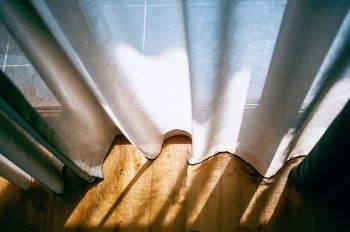 Spiritualist mediums might be more prone to immersive mental activities and unusual auditory experiences early in life, our researchers have found.

Their findings could explain why some people and not others say they receive communications from ‘the dead’ and eventually adopt spiritualist beliefs.

Spiritualism is a religious movement based on the idea that human souls continue to exist after death and communicate with the living through a medium or psychic.

Mediums who “hear” spirits are said to be experiencing clairaudient communications, rather than clairvoyant (“seeing”) or clairsentient (“feeling” or “sensing”) communications.

Our researchers surveyed a mix of clairaudient spiritualist mediums from the Spiritualists’ National Union and members of the general population, in the largest scientific study into the experiences of clairaudient mediums to date.

They found that these spiritualists have a strong leaning towards absorption – a trait linked to immersion in mental or imaginative activities and altered states of consciousness.

Mediums are also less concerned about the opinions of others and more prone to unusual visual and auditory experiences than members of the general public.

Eighteen per cent reported having clairaudient experiences ‘for as long as they could remember’, and seventy-one per cent had not encountered Spiritualism as a religious movement prior to their first experience.

Many who experience hearing voices, often early in life, encounter spiritualist beliefs when searching for the meaning behind, or supernatural significance of, their very personal and unusual experiences, our researchers found.

Spiritualists tend to report unusual auditory experiences which are positive, start early in life and which they are often then able to control.

Understanding how these develop is important in helping us learn more about distressing or non-controllable experiences of hearing voices, and how to support those whose voices are linked to psychosis or other mental health problems.