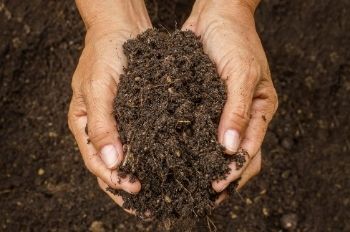 Our researchers say more education about soil health is needed

Future generations need to be educated about the crucial role that healthy soil plays in tackling climate change, according to new research.

Soil can be a valuable store of carbon but is increasingly coming under threat from wildfires, droughts, hurricanes and floods as the planet warms.

According to the United Nations the lives or livelihoods of 39 million people across the world were affected by climate change in 2018.

To help tackle this our researchers recommend that the importance of soil in reducing both the causes and effects of climate change and maintaining the natural environment should be taught in schools and universities. They have produced an animation aimed at school kids exploring the links between combatting climate change and sustainable use of land.

Our researchers surveyed schoolchildren in three African countries – Ghana, South Africa and Zimbabwe – about their attitudes to soil.

Importantly, while up to 75 per cent of young people had experience of planting at home, most didn’t understand the link between increased climate change and soil erosion which releases carbon dioxide into the atmosphere.

This is not a surprise and our researchers think kids in the UK would be the same. This is because very few of us teach our children about the importance of soil health in combatting climate change.

Alongside the effect on the environment, our researchers say this lack of knowledge about soil health also has implications for the future of farming and food security.

As well as greater education, they also say that more work should be done to understand individual countries’ attitudes to soil health to tailor policy to their specific needs.

The researchers add that this would help countries to meet UN Sustainable Development Goals (SDG) to combat climate change (SDG13) and protect, restore and promote sustainable use of land (SDG15).