Galaxy evolution research among most cited of past decade

A supercomputer simulation carried out in Durham that realistically calculates the formation of galaxies from the Big Bang to the present day is one of cosmology’s most popular research papers of the past decade.

The research by the EAGLE (Evolution and Assembly of GaLaxies and their Environments) project is second out of the top 100 most cited papers published in the prestigious journal Monthly Notices of the Royal Astronomical Society (MNRAS) between 2010 and 2020. More than 36,000 papers were published in MNRAS during this time.

From 2015, when the paper was published, to 2020, fellow scientists around the world have referenced the EAGLE findings more than 1,500 times in their own research papers.

EAGLE is an international research project led by The Virgo Consortium of which Durham is the base.

Researchers take the laws of physics, with parameters informed by limited data from the observed universe, and programme them into the Cosmology machine (COSMA) supercomputer, part of the DiRAC (Distributed Research utilizing Advanced Computing), facility based in Durham.

The highly-cited research was carried out on COSMA and the Curie supercomputer in France.

The result saw researchers simulate thousands of galaxies which turned out to have similar mass, size, age and dark matter content to those observed in the universe.

The simulated galaxies are a much closer reflection of real galaxies thanks to researchers being able to simulate detailed physical processes such as the formation of black holes at the centres of galaxies and strong galactic winds that blow away the gas supply needed for the formation of stars. 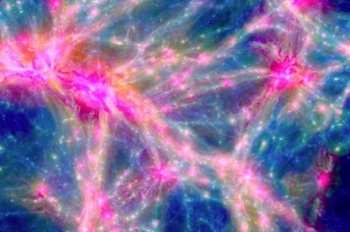