Why better guidance on school PE is needed 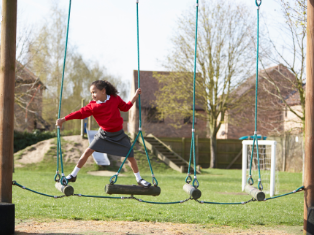 Since lockdown began in England, children have become increasing sedentary with one in fourteen children reported to be doing no daily exercise.

Before lockdown, 47 percent of children were meeting the Chief Medical Officer’s guidelines on being active for 60 minutes a day, but this has now dropped to 19 percent.

As schools prepare to re-open in September, the provision of Physical Education (PE), sport and physical activity will be crucial to help address the potential damage caused by this level of inactivity.

Our researchers are calling on the UK Government to change current policies and funding arrangements to ensure PE is prioritised in primary and secondary schools and to provide clear guidelines on the purpose of school sport and physical activity (PESSPA).

Currently, primary schools receive funding for schools sport and physical activity, called the PE and Sport Premium (PES Premium), but it is only ever guaranteed for a year at a time. The funding for the next academic year was only announced on 5th July, which doesn’t leave much time for planning.

Our research shows that this approach has led to many schools using the money for short term solutions, such as hiring external sports coaches rather than employing a PE teacher. The Department for Education (DfE) found that 62 per cent of schools spent their funding on hiring private coaches, compared to 14 per cent who recruited PE teachers.

The researchers suggest that the PES Premium should be offered over multiple school years as this would enable schools to take more sustainable and planned approaches to developing their PE provision.

Only primary schools receive the PES Premium and general funding for PE is not ring-fenced in secondary schools. Our findings link the lack of governmental priority and funding for secondary PE with the ongoing marginalisation of the subject in comparison with schools’ provision of English, Maths and science subjects.

Primary schools have also been hindered in spending the PES Premium funding on their own long-term priorities. Our research found that more than four out of five schools used the funding to improve their facilities and equipment, which have been recognised as long-standing constraints on PE and Sports provision. However, the guidelines for PES Premium no longer allow primary schools to use the money in this way.

Whilst the Government’s funding for PE and Sport in primary schools is very welcome, to be effective it needs to extend the funding to include secondary schools and provide clearly defined policies and long term goals.

• If you are interested in studying with us, take a look at our undergraduate and postgraduate opportunities