Why the term “Super-spreader” can be stigmatising and unhelpful 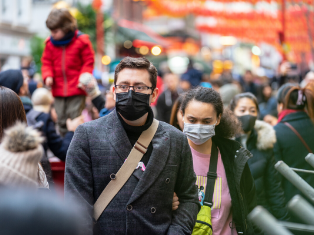 Emma Cave from Durham Law School considers the impact of the label ‘super-spreader’.

The term ‘super-spreader’ has recently entered our consciousness, alongside words such as ‘comorbidity’, ‘furlough’ and ‘lockdown’.

“Super-spreader” is a scientific term for an individual with a propensity to infect a larger than average number of people.

The term ‘super-spreader’ came into general use early on in the Covid-19 crisis. The media reported that tracing had revealed that one individual’s actions resulted in the infection of a number of other people.

In this case the term “super-spreader” was loaded with moral blame. “Super-spreader” quickly became a negative buzzword and went on to be used as a hashtag on social media to express disapproval of activities such as running and, much more worryingly, to express racism and abuse.

Understanding the ways in which Covid-19 is transmitted is essential to its control. As a scientific term “super-spreader” has relevance in its use by epidemiologists and other scientists who are researching this disease.

However, general use of the term means it is now associated with moral failure and blame and is used as a term of abuse. Not only is the terminology used unfairly, fear of condemnation could stop some people from giving up their private information and hamper efforts to test and trace.

Talking about “super-spreading events” rather than an individual “super-spreader” is preferable. But better still would be to make it clear that it is a scientific term.