Teachers worried about safety in schools 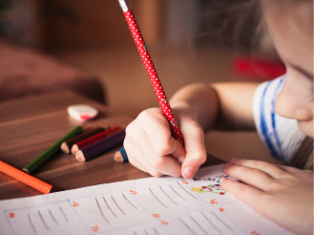 The majority of teachers do not think that schools can effectively put in place social distancing measures, according to a survey.

Our education experts, in collaboration with Schoolzone, conducted a survey in the middle of May which asked teachers what they thought of the reopening of schools.

Of those teachers who responded to the survey, the majority (85 per cent of primary and 75 per cent of secondary teachers) did not think that their schools could effectively implement class size reduction and social distancing measures.

They were not confident that staggering breaks, lunchtimes, drop offs and pickups could be practically carried out.

Responses were collected from 4,600 teachers and lecturers from across different phases of education.

The phased reopening of schools has now started with primary schools admitting children from Reception, Year 1 and 6, while secondary schools pupils in exam years are also given some time in school with teachers.

However, Government figures suggest that a week after the partial reopening just 52 per cent of primary schools were opened, and only a quarter of children in these year groups turned up.

In the survey, teachers said they did not expect a high turnout for the school years that were scheduled to return. Only a third of teachers expected more than half of pupils to return. Secondary school teachers were less optimistic.

Of the safety measures suggested, only frequent cleaning (54 per cent), access to testing (59 per cent) and isolation of children tested positive (62 per cent) were measures that over half of the teachers thought would be effective in ensuring the safety of children and staff.

Only four per cent of teachers believed that the track, trace and isolate system, which they deemed was the most effective measure in preventing the spread of infection, would be available when schools reopened this term.

About 85 per cent of teachers across all phases said they would feel safe to return if the following measures were in place:

However, many teachers surveyed did not think that these safety measures, apart from hand washing and cleaning of surfaces, would be in place when they returned to school.