The UK Government, businesses and unions are cooperating during Covid-19 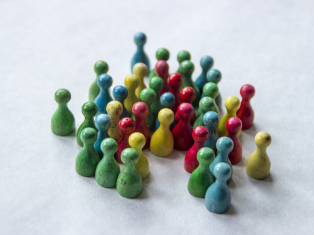 Professor Bernd Brandl explains why it is vital that the UK Government, business groups and trade unions continue to cooperate as they tackle the impact of Covid-19.

The impact of the current Coronavirus crisis and the widespread standstill of substantial parts of the economy is expected to have an unprecedented impact on businesses and jobs. Many companies are on the brink of collapse and hundreds of thousands of jobs are at risk.

In order to tackle the crisis and its impact on companies and workers, in the past days, Chancellor Rishi Sunak has announced a number of strategies and plans, after consulting with representatives of business groups and trade unions including the Confederation of British Industry (CBI), the Federation of Small Businesses (FSB) and the Trades Union Congress (TUC). As Prime Minister Boris Johnson has made clear, the goal of the strategies and plans is to help struggling businesses so that they can “stick by their employees, because we're all going to need them”.

Such a closing of rank by the Government, business groups and trade unions is relatively rare in the UK, but common in other countries in order to master major economic and societal challenges; especially when it is about maintaining workers, in countries such as Austria, Germany and Sweden. The cooperation between the Government, business groups and trade unions proved to be successful in overcoming economic crises. The idea and rationale of this cooperation is twofold.

Firstly, it enables the Government to bring in the expertise and knowledge of specialised organisations and ask them to contribute tailored plans that work for both companies and workers. Business interest groups and trade unions work closely with companies and workers and therefore know their exact needs and demands much better than the government. Hence, it enables the Government to develop policies that are nearer to the parties involved so that it can also guarantee that the money goes exactly where it is needed. Since business groups and trade unions also work on the ground, the cooperation also enables the Government to target the aid better in order to ensure the money goes only to the companies and workers that need support and the governmental aid is not abused.

Secondly, this closing of ranks provides the Government and the policies developed with wider legitimacy and support. This is especially true in a situation of uncertainty where any policies presented have advantages and disadvantages and different interests that need to be balanced. Against this background, a closing of ranks ensures that different perspectives and interests are considered and balanced in decision making. Furthermore, if different parties are involved in decision making it can prevent any ‘smart-alecky’ blame gaming and further conflict between politicians, businesses and workers in such turbulent times.

However, research has also shown that a successful cooperation between the Government, business groups and trade unions that go beyond vague announcements in the first shock and awe presentation is difficult to achieve. In fact, successful cooperation is conditioned on several factors including the existence of mutual trust between the parties, the organisational capacity and the institutional support of business groups and trade unions to implement the policies from the top to the bottom of their organisations and constituencies.

Unlike other countries, the factors needed for a sustainable and successful cooperation are only partially existent in the UK, but these could be developed and built upon in this situation of crisis such that the short and long-term effects of the current crisis can be successfully managed.