The origins of life on Earth challenged in new research 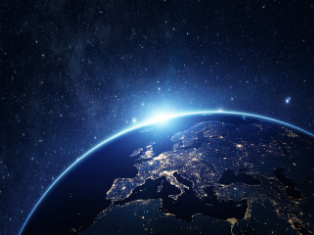 How did life on earth begin? There’s hardly a bigger question, but one of the most commonly held theories has been challenged by new research.

Since the first modern microscopes were discovered, scientists learnt that that all living things are made of cells – tiny bags of living matter in different shapes and sizes.

One hypothesis is that the cells were formed over 4 billion years ago when meteorites fell from the sky and dissolved in ponds, creating a broth of RNA molecules (the lesser known sister of DNA that plays a role in coding and regulating genes). But this does not explain how the complex macromolecules found in cells today have evolved from this broth.

A paper by researchers from Durham University, UK and the Jagiellonian University in Krakow, argues that self-reproducing systems could have evolved spontaneously from very simple sequences of nucleic and amino acids.

These simple compounds, which would have been abundant at that time, formed a small inefficient network of self-reproducing molecules which then slowly evolved to the more complex systems which we obverse today

Dr Bernard Piette, Associate Professor from the Department of Mathematical Sciences, said: “The key feature of live organisms is the ability to self-duplicate. The challenge from an evolution point of view is that the macro-bio-molecules which perform this are very complex and RNA could not kick-start this process alone.”