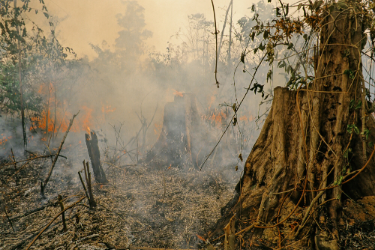 Environmental conditions, more than human activity, explain why some parts of the globe have more endangered species than others, according to new research.

Our scientists analysed over 26,000 threatened animal species to explain what posed the greatest threat – the environment, such as climate change, or the direct effect of human activity, such as deforestation.

Their study found that certain types of environment, including those that are warmer or less seasonal, have more variable terrain or less space, such as small islands, are more likely to contain disproportionately high numbers of threatened species.

For example, the first reported mammalian extinction caused by human-induced climate change was the Bramble Cay mosaic-tailed rat, an isolated rodent species that lived on a small island near the coast of Papua New Guinea.

The authors found that geographic variation in human threats themselves tends to be less important than environmental conditions in determining where concentrations of threatened species occur across the globe. However, specific human threats do play important roles.

High numbers of invasive species – plants or animals introduced into an area where they are not naturally present – explain where concentrations of threatened species occur across Europe and continental Asia. There are over 12,000 alien species in Europe, of which 15 per cent are invasive.

The study also found that long term change in land cover - such as in the Amazon region, which has lost 17 per cent of its rainforest over the past 50 years - is strongly linked to concentrations of threatened species.

With over one million species currently at risk of extinction, the study will help identify global conservation priorities so that limited resources can be focused on areas most at risk and of highest value, which can in turn form the basis of a global conservation strategy.