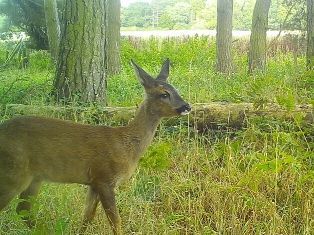 A roe deer photographed by MammalWeb