Universities ‘should have legal duty’ to fight sexual violence 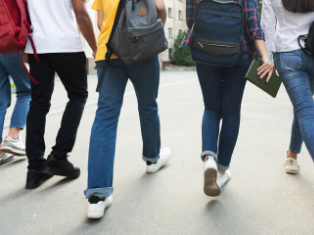 Universities in the UK should have new legal duties to prevent and respond effectively to sexual violence and harassment on campus, according to a survey of selected higher education staff whose views were analysed in a new study.

Although universities are implementing initiatives, significant barriers are hindering further work to stop abuse from taking place, researchers from the universities of Durham, Exeter and Central Lancashire concluded.

Reforms are being driven by individuals rather than institutions and many universities either have an ineffective sexual violence and harassment policy or have not yet developed one.

The research was conducted by examining responses to the 2016 Universities UK Taskforce report on tackling violence against women, hate crime and harassment.

A total of 134 university staff – many of whose role was to prevent sexual harassment or assault - participated anonymously with the online survey. The researchers analysed their submissions and supplemented their findings with follow-up interviews with a further 25 volunteers with knowledge about the issue.

The majority of university staff who were questioned said they wanted to see a mandatory legal duty on universities to prevent and respond effectively to sexual violence. Perceived barriers to progress included lack of resources and lack of joined up thinking by institutions.

Many staff were in favour of a new Kite Mark system to embed accountability. The UK awards Kite Marks to products and services to show that they conform to safety or quality standards.

Researcher Catherine Donovan from Durham University said the study underlined the crucial role of individuals, acting as champions, in determining whether universities really engaged with the agenda for change.

“The role of senior management in being visibly pro-active in supporting the agenda for change was often described as being either the enabler needed or, where it was absent, the reason for the barriers faced,” she said.

Read further details of the study in a briefing paper published by the research team.

Find out about Durham University’s policy on sexual misconduct and violence.

Find out more about Professor Catherine Donovan and our Department of Sociology.