Stemettes inspire the next generation of women in tech 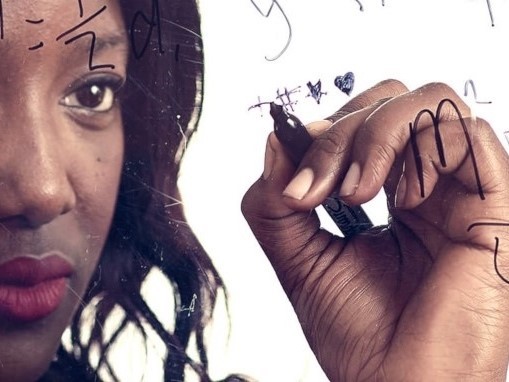 Anne-Marie Imafidon is Head Stemette and cofounder of Stemettes – an award-winning social enterprise inspiring the next generation of females into Science, Technology, Engineering and Mathematics.

She was the UK IT Industry & British Computer Society’s Young IT Professional of the Year in 2013, Red Magazine’s ‘Woman to Watch’ in 2014, was named the 7th Most Influential women in IT in 2017, and was awarded an MBE in the New Year’s Honours list for services to young women and STEM sectors in 2017.

Anne-Marie joined the External Advisory Board for Durham University’s Computer Science Department in 2016 and has been pivotal in the launch of the Department’s core diversity programmes, including the new Women in Tech scholarship.

I have always really loved technology; I enjoyed maths from a young age and got involved in computer science as I liked making things, building stuff and taking it apart. I’m very creative, and the problem-solving elements of computer science really allowed me to express that.

I co-founded Stemettes in 2013 after attending the Grace Hopper Convention for Women in Computing. I’d never really thought of myself as a ‘woman in tech’ before , or even considered this as a collective group, but going to the conference for the first time and realising I was part of a shrinking minority of women working in this area made me recognise this as a problem that needed solving. Looking back at my own experience as one of three girls in a class of seventy at university suddenly struck me as a huge issue, and the idea just escalated from there.

The vision and impact of Stemettes has grown steadily over the last few years; almost 15,000 young women have now attended our events, workshops and Stemette experiences across the UK and Ireland, with more panel events, hackathons and exhibitions taking place every year. Our mission to inspire the next generation of females into Science, Technology, Engineering, and Maths (STEM) is a hugely important one in achieving proportional representation in industry, creating a diversity of thought that will inevitably lead to greater innovation. Technology needs to be accessible to everyone, and the only way to make that happen is to make sure that new products, new ideas, and new technologies are reflective of their end users; both men and women.

Universities inevitably have a big part to play in tackling the STEM issue by promoting and supporting women to pursue subjects such as computer science at this higher level of education; that way we can grow the pipeline of women entering industry, academia, and ultimately taking up positions of leadership in the sector. Universities are breeding grounds for ideas and creativity, and by fostering a welcome and inclusive environment we can nurture talent from all walks of life and perhaps even spot the next Einstein, who might well be a woman!

Since joining the External Advisory Board for Computer Science at Durham I have been excited to take part in the inception of the brand new Department. Discussing the aspirations for what a leading Computer Science Department could and should be has been great fun, and I have enjoyed helping the team at Durham to explore ways to embed an inclusive culture as they build the Department from the ground up. The Women in Tech scholarships mark the University’s commitment to championing women in STEM as the Department grows, and I look forward to working with the programme’s future ambassadors as we pursue this important mission in the North East and beyond.