Greenland is melting but it’s the tip of the iceberg 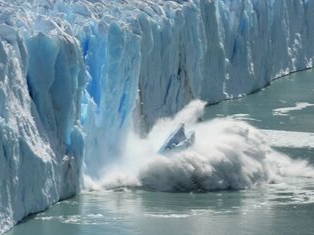 Rapid melting of glaciers in Greenland is causing major concern but we know from many years of research that the problem is much more widespread.

On the opposite side of the world, Antarctica stores enough frozen water to raise global sea levels by 58 metres. Our researchers have been working with an international team of scientists to build up the most complete picture to date of ice melting.

Coastal areas around the world, including major cities, are vulnerable to rising sea level. Understanding the connection between climate change and ice loss is important because it may influence decisions on emissions targets and flood defences.

Another area of research involves drilling cores from the sea bed to see what sediments and fossil plankton can tell us about previous climate change events and how ice sheets have responded, so that we can better predict the future.

Currently a Durham team is working with the British Antarctic Survey on a study of the West Antarctic Ice Sheet, which has been thinning where it borders the Amundsen Sea. Some scientists believe that a total collapse is now underway but we don’t yet know if this is correct.

Other researchers are working internationally on projects aimed at limiting the impacts of sea level rise and other effects of climate change.