Reviving the music of great composers

Bringing the works of great composers back to life

We’re helping to bring the forgotten music of two great classical composers back to life.

Now, previously unpublished works by the pair will be heard for the first time thanks to our Department of Music.

Using Stanford’s and Parry’s original manuscripts Professor Jeremy Dibble has edited and prepared the orchestral scores for a number of pieces so they can be performed and recorded.

Works include Parry’s unpublished Piano Trio No. 3 and Stanford’s Mass Via Victrix 1914-1918.

Other works by Stanford and Parry that haven’t been performed publicly since the nineteenth century have also been revived.

This includes a recreation of the score for Parry’s oratorio Judith, based upon the original manuscript housed in the Royal College of Music, and performed earlier this year in London for the first time since the late 1800s.

Professor Dibble’s research has also led to a forthcoming performance of Stanford’s first opera, The Veiled Prophet of Khorassan, and the first ever recording of his last opera, The Travelling Companion.

Stanford is famous for his songs and religious music and was a huge influence on a number of composers at the Royal College of Music, where he taught, including Vaughan Williams, Gustav Holst and Herbert Howells.

Parry was also a prolific composer and is perhaps best known for his choral song Jerusalem, which is seen by many as an unofficial English national anthem.

Through his research, Professor Dibble hopes to encourage the performance of Parry’s and Stanford’s lesser-known works by making them available to amateur orchestras and choirs.

Music fans will be able to hear the revived Stanford and Parry works when they are performed or released throughout 2019 and 2020.

Our Department of Music is one of the best in the UK. Learn more.

Undergraduate and postgraduate opportunities in Music at Durham.

Other collaborators and performers include The Ulster Orchestra, New Sussex Opera, the Wexford Opera; the Arts Council of Ireland; the BBC National Orchestra and Chorus of Wales. 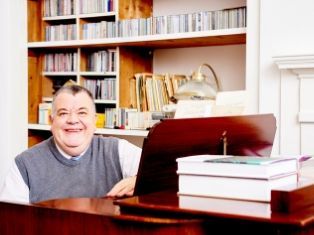