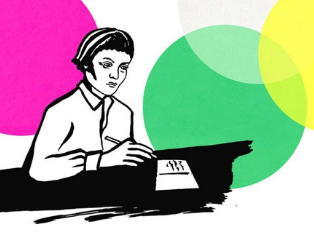 Is time real? Do we have free will? Philosophical questions such as these seem to have little connection with current issues like the climate crisis or Brexit.

Philosophy is central to human life

However four women philosophers thought that philosophy should be a central activity in human life and they are the focus of new research by Dr Clare Mac Cumhaill, presented at a major exhibition this summer.

Iris Murdoch, Elizabeth Anscombe, Philippa Foot and Mary Midgley met as undergraduates studying Philosophy at Oxford University during the Second World War, when many of the male academics and students were away.

The women, sometimes known as the Quartet, believed the task of philosophy was to look closely and carefully at human life and to think about what was important or trivial, serious or silly.

Clare and her co-researcher Dr Rachael Wiseman direct In Parenthesis, a project which explores the work, lives and friendships of these remarkable women.

The researchers want to understand why and how these women emerged as dominant forces in 20th Century moral philosophy. Their ultimate aim is to see the Quartet achieve recognition as a school in Analytic Philosophy and rewrite the history of 20th Century philosophy in the UK, which has mostly ignored women philosophers.

In Parenthesis has attracted the attention of the British Academy, and was be one of 15 interactive exhibits featured in this year’s Summer Showcase.

The exhibit featured reproductions of photos, letters and jottings from Iris Murdoch’s Archives and the Durham Palace Green Midgley Archives.

Dr Clare Mac Cumhaill is from our Department of Philosophy and is the co-director of In Parenthesis with Dr Rachael Wiseman from University of Liverpool. To mark the birth centenary of Iris Murdoch they have organised the #PhilosophybyPostcard initiative - https://www.philosophybypostcard.com/.

The British Academy 2019 Summer Showcase is a free festival of ideas and took place on June 21 and 22 in the Academy’s historic central London home – more information available here.

The Durham Midgely Archives at Palace Green are open for consultation by appointment – the catalogue is here.

Undergraduate and postgraduate study in Philosophy at Durham University.