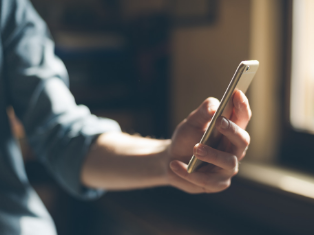 Low-value bets and video game-style play may make smartphone gambling apps seem like harmless fun. But could they be encouraging people to play even when it is no longer possible to win?

And could these apps pose a particular danger to people with addiction problems?

A study involving Durham University has used a simulated mobile gambling app to help understand how players use such apps and the threat they might pose, particularly to people with problematic gambling behaviours.

People who took part used the simulated scratch card-style gambling app on their phone. The app then recorded their onscreen behaviour including how often they played, the time between games and whether they continued to place bets even when it was no longer possible to win.

It showed that whilst, after a win, players tended to take longer breaks between games, most continued to place bets even after it was no longer possible to win. In one case a player placed a further 177 bets.

The research team believes that these results, coupled with how easy the gambling apps make it for people to gamble, show that such apps could lead to a significant problem for society, and particularly those with a psychological predisposition to addiction.

In the UK, the government has recently intervened to cut the maximum bet on fixed-odds betting machines (to come into force in April 2019), which had become associated with problem gambling.

However, at present, gambling apps are only subject to limited regulation, and as the companies running them are often based abroad, they are extremely challenging to regulate.