The value of a dyslexia diagnosis 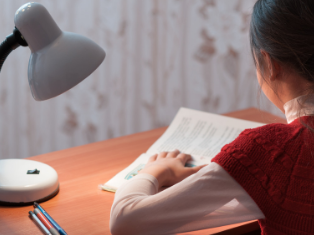 One English council is changing its guidance for children with reading difficulties after research by Durham University questioned the value of a dyslexia diagnosis.

The study concluded that the term ‘dyslexia’ lacks scientific rigour and leads to many children missing out on receiving the help they need.

Professor Julian Elliott from our School of Education believes other councils will follow suit.

The research found that substantial time and money are poured into expensive and time-consuming diagnostic tests for dyslexia, which lack scientific credibility.

Professor Julian Elliott argues that many children are diagnosed with dyslexia, but that the diagnosis does not lead to treatments that are any different for other children with reading difficulties who don’t have a dyslexia diagnosis.

Often those who lose out are among the less advantaged members of our society, according to Professor Elliott, who recommends that all children who are struggling to read should be identified early on and given the help they need, not just those who have a dyslexia diagnosis.

“Only those children whose parents have the means to go through the long and expensive process of getting a scientifically questionable dyslexia diagnosis get the help they need. That leaves many more children with similar sorts of problems without much-needed support.”