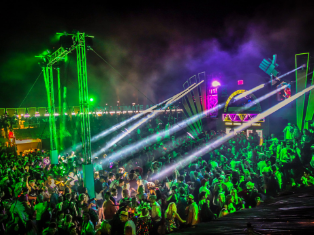 One of the biggest dangers for people who take illegal drugs at festivals is knowing what has been supplied to them – in terms of contents, strength and contaminants.

One way of reducing the potential risk is to set up drug safety testing services, so that substances of concern can be tested and people directly informed about the contents as part of a confidential and individually tailored harm reduction consultation.

One in five substances tested was not as described by the supplier and that testing can help reduce incidents of harm.

Results from the first Multi Agency Safety Testing (MAST) pilot, where festival goers could get their drugs tested and receive harm reduction advice in confidence, also showed that two thirds of the festival goers who had their substances mis-sold to them handed over further drugs to be destroyed.

Warnings about dangerous substances were shared widely onsite and offsite via staff and emergency services as well as via social media, so the information from a single test can spread far and wide.

People selling drugs onsite at the festival were twice as likely to deceive their customers as those selling them offsite, highlighting the added risks for festival-goers.

Chemists from non-profit social enterprise, The Loop, analysed 247 drug samples brought in anonymously by festival goers at a festival in Cambridgeshire in July 2016.

People who use the MAST service are told the contents and strength of their sample and given an individually tailored, non-judgmental 15-minute consultation with healthcare staff.

The service does not deem any substance to be ‘safe’ and does not condone drug use, but provides otherwise unavailable information to help people make informed decisions.