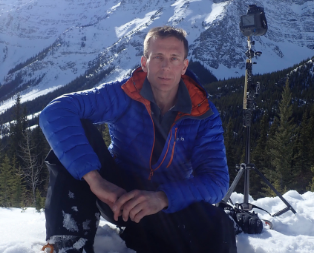 In the programme, Jim and the team were filmed as they set up the experiment before using explosives to trigger an avalanche in a remote part of the Canadian Rockies. Their aim was to see into the middle of the avalanche in order to explain how it works.

Before releasing over 1,000 tonnes of snow from the mountain top, the team dropped a car from a helicopter, leaving it in the path of the avalanche. A thermal camera, previously used by the military to measure nuclear explosions, was attached to the car.

Once the camera, and other instruments, were retrieved from the snowy depths, they were taken to Durham University for analysis.

Where can I watch the programme?

The programme was broadcast on Thursday 18 October and is available to view on BBC iPlayer.

Where can I find out more about Jim’s research into avalanches?

Jim McElwaine is Professor of Geohazards in the Department of Earth Sciences and he talks about research he carried out in Switzerland’s Vallée de la Sionne here and his recent paper on the use of radar to understand avalanches is available here.

A longer article about Jim’s involvement with this programme is available here.

If you would like to join the Department of Earth Sciences as a member of staff, please see our list of current vacancies. Alternatively register your interest and we will contact you when vacancies are advertised.