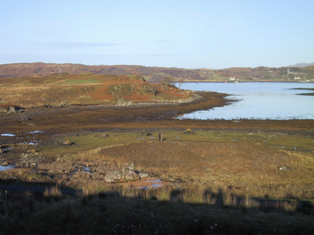 Marshlands in the south east of England could start to disappear from the year 2040 due to rapid sea level rise, according to new research involving Durham University scientists.

Using data from more than 800 sediment cores which record how salt marshes responded to variable rates of sea-level rise over the past 10,000 years, the researchers estimate that marshes in the south east of England could start to disappear from the year 2040, and across all of Great Britain by 2100.

The ongoing effect of removal of ice at the end of the last Ice Age means most of Scotland is rising and southern England is subsiding, explaining the difference in timescales.

The study, published in Nature Communications, shows that rising sea levels over the last 10,000 years led to increased waterlogging of the salt marshes, killing the vegetation that protects them from erosion and resulting in the marshes retreating landwards naturally.

Salt marshes are coastal wetlands that are flooded and drained by salt water brought in by the tides and can be found along the British coast. They are crucial for ecosystems, as a filter for pollutants in the water and as a biodiversity area.

Salt marshes also protect coastal areas from erosion by acting as a buffer for waves in storms and reducing flooding by slowing and absorbing rainwater.

Extensive marshes occur along major estuaries in England, Scotland and Wales, including the Thames, Solent, Bristol Channel, The Wash, Humber, Mersey, Solway Firth, Firth of Forth, Clyde, and Cromarty Firth, as well as many smaller marshes around the coast.

Co-author Professor Ian Shennan from the Department of Geography at Durham University, said: “Sea level rise is inevitable over the next 100 years, as it has been over much of the last 10,000 years. The rates differ across Great Britain and we can model these differences. Quantifying the vulnerability of marshes to sea level rise is essential if the threat is to be mitigated over the coming decades.

“The Environment Agency ‘Shoreline Management Plans’ outline the range of policies for different stretches of our coastline. These include managed realignment where an area not previously exposed to flooding is flooded by changing flood defences and this process can be targeted in certain areas.”

Professor Benjamin Horton who led the study from the Earth Observatory of Singapore at Nanyang Technological University, commented: “Salt marshes, also called coastal wetlands, are important because they provide vital ecosystem services. They act as a buffer against coastal storms to protect the mainland and a filter for pollutants to decontaminate our fresh water.

“We also lose an important biodiversity hotspot. Salt marshes are important transitional habitats between the ocean and the land, and a nursery area for fish, crustacea, and insects.

“The take-home point from this paper is how quickly we are going to lose these ecologically and economically important coastal areas in the 21st century.”