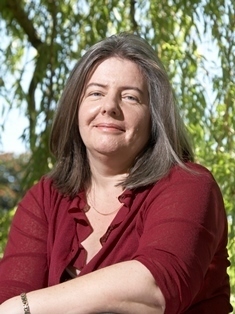 Parents should be given more information and be encouraged to make informed choices to minimise the risks of infant bed-sharing, a child sleep expert has said.

Professor Helen Ball, Director of the Parent-Infant Sleep Lab, Department of Anthropology, was commenting after researchers from the London School of Hygiene and Tropical Medicine said bed-sharing could lead to a fivefold increase in the risk of cot death among young babies whose parents don’t smoke.

The research stated that bed sharing should be avoided to reduce the number of babies who die from Sudden Infant Death Syndrome (SIDS).

Professor Ball, whose team translates academic research on infant sleep into evidence for use by parents and healthcare staff via the Infant Sleep Information Source website (ISIS), and who has researched infant sleep issues for 15 years said that simply telling parents to avoid bed-sharing with babies would not stop them from doing so.

She said such a recommendation showed a “worrying lack of cultural awareness or sensitivity to childrearing beliefs of different groups of parents”.

Professor Ball said the recommendation which is based on a very small increase in the estimated SIDS rate of approximately 1 in 10,000, “does not allow parents, especially those whose infants who are at an already low risk for SIDS (healthy term births, breastfed, not exposed to parental smoking or alcohol consumption) to make an informed choice to bed-share or not”.

She added: “SIDS is not the only issue that must be taken into consideration when considering parent-infant bed-sharing. Risk minimisation, involving parent education and facilitating informed choice, is a more logical and ethical approach to the bed-sharing issue than one focusing on risk elimination.”