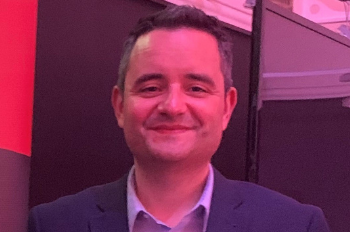 A Durham University professor, who is an expert in Spanish cinema and culture, has been appointed to the prestigious post of Honorary Vice-Consul.

Professor Santiago Fouz Hernández’s appointment is part of the re-opening of the Spanish Vice-Consulate in Newcastle and a wider effort to enhance Spain’s presence in the UK, especially in the North East.

At Durham, we’re very proud to have staff and students from over 130 countries, creating an outward-looking, globally-minded and inclusive University. Our research spans the globe with partnerships, collaborations and projects on every continent.

This global outlook was recently recognised by the Times Higher Education, which named Durham as one of the world’s most international universities.

In the latest Complete University Guide, the School of Modern Languages and Cultures at Durham University is ranked 2nd for French, Hispanic Studies and Arabic and 3rd in Russian, Italian and German.

Santiago Fouz Hernández is a professor of Hispanic and Film Studies in our School of Modern Languages and Cultures where his research focuses on Spanish cinema. Born in Galicia, in North-Western Spain, he moved to the UK in 1993 and has dual citizenship.

Santiago is currently working on a book about the late Spanish filmmaker, Bigas Luna, and his research has led to a series of international events dedicated to the work of the celebrated film director with nearly 70 screenings in 15 cities across seven countries including Spain, the USA, Australia, Mexico and Costa Rica.

Honorary Vice-Consuls are selected on the basis of their relevant professional experience in areas such as culture, education, economy or law to enable them to act on behalf of the Consulate.

Spain opened a Consulate in Newcastle in 1851, which became an Honorary Vice-Consulate in 1943.