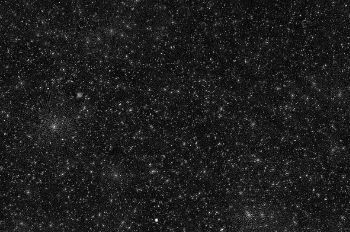 Our astronomers have helped make a huge map of the night sky showing more than 25,000 active supermassive black holes in distant galaxies.

The map is the largest and sharpest ever created at ultra-low radio frequencies.

At first glance it looks like a picture of a starry night sky, but instead what you are really seeing are supermassive black holes that emit radio waves at ultra-low frequencies.

The black holes have been captured by LOFAR, currently the world’s largest radio telescope operating at lowest frequencies.

Scientists used supercomputers to correct for the interference to LOFAR’s radio waves caused by the Earth’s ionosphere to create their map.

Durham is part of the international team involved in LOFAR.

Astronomers will use the map to discover celestial objects that only emit ultra-low frequency radio waves.

These objects include diffuse matter in the large-scale structure of the universe, exoplanets whose magnetic fields are interacting with host stars, and fading jets of plasma being ejected from supermassive black holes.

Even though it is among the largest of its kind, the published map only shows two percent of the sky.

Scientists plan to continue the search for exotic phenomena like black holes for several years until a map of the entire northern sky is completed.