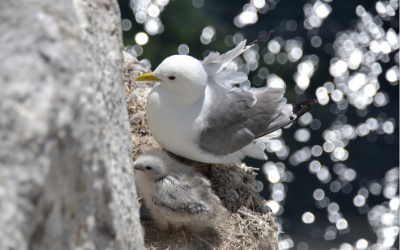 What do forgotten corners of the world have in common with an urban bird colony? Social sciences research is invaluable to society but its influence isn’t always obvious.

This week, we’re putting our social science research in the spotlight as part of a week-long festival which celebrates the fascinating world of social sciences.

The Newcastle-Gateshead Quayside in the North East of England is home to the world’s furthest inland colony of kittiwakes, a globally vulnerable species.

These sea birds are usually found nesting on coastal cliffs, but over 1300 pairs return to the Tyne between March and August to nest on buildings and other infrastructure, including the famous Tyne Bridge.

The kittiwakes are loved by many and have become an integral part of the Tyne’s character, but they are not always easy to live with.

Our researchers are working with wildlife charities, communities and other organisations to help protect the kittiwakes while addressing the challenges that they pose for urban management.

Not all animals are as easy to spot as Newcastle-Gateshead’s kittiwakes. Many are nocturnal and don’t leave their habitat in great numbers, making it hard to monitor populations.

This is why our social scientists teamed up with Durham Wildlife Trust to create MammalWeb, a platform which collates data from motion sensing camera traps, set up to photograph and monitor wild animals.

The cameras don’t trap animals but take photos and record data of their movements. This information can help protect animals and support sustainable development of natural landscapes.

Our social scientists are also using virtual reality to bring hidden areas of the world to life.

The project, called Portraits of No Man’s Land, allows viewers to journey into historically significant areas, including Cyprus’ UN Buffer Zone and French villages abandoned during World War One.

Our researchers hope that bringing these stories to the world will encourage people to think about challenges we face today such as violent conflict.