A research project of the Department of History, part of the Modern research group.

The ‘Preaching Politics’ project brought together a team composed of academics from Kenya and the UK and a group of postgraduate students from Pwani and Nairobi universities in Kenya. This team undertook a trial programme of research on the way that Islam and Christianity were involved in political debates on Kenya’s coast around the time of the 2013 election. The project involved training sessions for the students, including discussions of methodology, followed by a programme of observation, interviews and wider data-gathering. The project was funded by a British Academy International Partnerships and Mobility Award, and ran from November 2012 to January 2014. 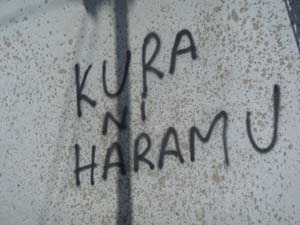