A research project of the Department of History, part of the Early Modern research group.

The ‘social relations and everyday life’ project explores the multiple ways in which inequalities of wealth and power were experienced, understood, accepted and contested in the 140 years before the English Revolution. It will result in a monograph, Faith, hope and charity: social relations in England, 1500-1640 (working title), a sequence of journal articles and a doctoral dissertation.

The purpose of this project is to investigate the nature of social relations in England between the collapse of feudalism and the English Revolution. The project is driven around an organizing question: how did early modern society, despite profound economic change, social struggle and episodic religious strife, cohere? What were the forces that held this society together, and how did these connect to the conflicts of the period?

The project has received funding from the Leverhulme Trust in the shape of a Research Project Grant and the Arts and Humanities Research Council as a Research Leadership Fellowship. The project has an important ‘impact’ component in the shape of a collaboration with The National Archives. This involves significantly improving the finding aids available on the TNA online catalogue Discovery for key classes of depositions (or witness statements) in customary disputes relating to the Peak Country of Derbyshire over the period 1497-1754.

The project has employed two post-doctoral researchers along with a doctoral student, Megan Johnston, who is working on the records of litigation from Yorkshire at the Court of Star Chamber for the reign of James I, focusing in particular on questions relating to gender, conflict and communal relations.

Aside from Megan Johnston’s PhD and the impact work with The National Archives, the other main output of the project will be a major, single-authored monograph by Andy Wood with the title Faith, Hope and Charity: Social Relations in England, 1500-1640. This book is nearing completion and will be published by Cambridge University Press, probably in 2020. Rather than seeing ideas about social conflict and class identity as fundamentally different from dominant social ideals such as patronage, paternalism, clientage and hierarchy, the book presents social relations as a kind of spectrum, shifting from plebeian deference and elite domination to the overt contestation of authority. Importantly, class will be read in relationship to gender and age: one of the things that made early modern social relations distinct was the prevalence (albeit one that was often defied or modified in everyday practice) of patriarchal social ideals. These defined authority as the property of adult, male property-holders, generating fault-lines within communities. Another key aspect of early modern social relations lay in their embeddedness in the local: struggles in villages, towns and cities all had their own particular chronologies and differing intensities, and the book will draw out those local stories. Faith, Hope and Charity will be based upon fresh archival research relating to every county in England, from Cornwall to Cumberland, and will present a radical reassessment of the nature of English society. 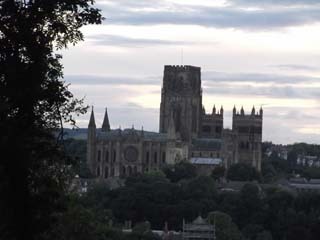 One research question with which the project will engage is the extent to which the texture of everyday life and the experience of authority may have differed in urban communities from that in rural society. These are also questions which inform the ‘Cities in History’ project at the Institute of Medieval and Early Modern Studies.