The aim of this project, funded by the Natural Environment Research Project (NERC), is to determine the processes that trigger and control marine ice stream retreat. This is important because recent and dramatic changes to the Antarctic and Greenland ice sheets show that the stability and retreat behaviour of fast-flowing ice streams are crucial factors for predicting the speed and magnitude of sea level rise. In order to understand the processes that drive changes in ice streams, our approach uses geomorphological mapping of the beds of 3 former ice streams in Antarctica to constrain numerical models of their behaviour. Our work will focus on the Marguerite Bay, Belgica Trough palaeo ice streams on the Antarctic Peninsula, and on the Western Ross Sea palaeo ice stream in West Antarctica. 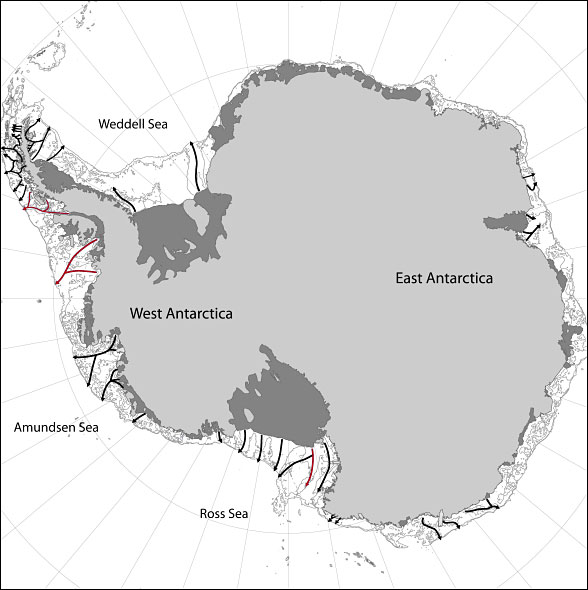 Location map: The palaeo ice streams being studied in this project are highlighted in red and are, from left to right, Marguerite Bay, Belgica Trough and the Western Ross Sea.

The specific project objectives are to: