Journeys to the Underworld: Ritual Transformations of Persons, Objects and Caves in Prehistoric Central Sardinia

Rarely has it been possible to evaluate ideas about the ritual transformation of persons, objects and caves using a range of modern scientific techniques, on an entirely new and high-quality archaeological dataset. Such an opportunity was provided by the discovery (by Dott. Giusi Gradoli, COMET – Valorizzazione Risorse Territoriali) and initial contextualization (by Dr. Terrence Meaden, Oxford University Department of Continuing Education) of an extraordinarily large and well-preserved group of at least nine ritual caves in the territory of Seulo, situated in the deep interior of Sardinia.

Each cave contains rich intact prehistoric mortuary deposits (including substantial secondary deposits of human bones, animal bones, charcoal and ashes, pottery, mollusc shells, obsidian artefacts) and one has rare anthropomorphic cave paintings. The majority of this material can be assigned to between the Neolithic and the Bronze Age. The utilized caves range from wide rock-shelters to small chambers, long corridors, and large complex cave systems with elaborate speleothems, and – together with numerous unexplored natural caves – are distributed along valleys formed by tributaries of the River Flumendosa. These dissect an extensive limestone plateau, which may have formed the focus of settlement and subsistence in later prehistory, to judge by the presence of scattered surface remains.

This research programme, directed by Dr. Robin Skeates, therefore sought to establish: (1) the diversity of natural caves and their human uses, over space and time, in the territory of Seulo; (2) how some of these caves and their natural features were selectively and variously modified from natural spaces into sacred places;(3) the character and variety of rites of passage performed and experienced in these sacred caves by different members of society; and (4) the degree to which these persons and the material dimensions of their cave ritual traditions were connected to (or marginalized from) wider patterns of life over space, on different geographical scales, and transformed over time (from prehistory to the present). 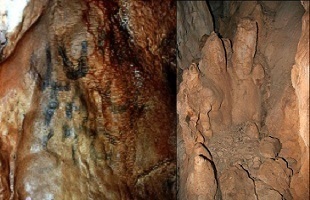