This research investigates the development of the Greenland continental margin during the Late Quaternary (Figure A).

A major control on margin development has been the successive growth and decay of the Greenland Ice Sheet across the continental shelf and the associated glacigenic sediment delivery. Work has focused in particular on determining the extent and timing of the Greenland Ice Sheet during the LGM in East and NE Greenland where sediment cores from submarine channel systems in the Greenland Basin and streamlined subglacial bedforms on the continental shelf (Figures. B and C) indicate more extensive glaciation than hitherto proposed. This research will be extended to the west Greenland continental margin in 2009. Cruise JR175 of the RRS James Clark Ross will investigate the Late Quaternary record of Jakobshavns Isbrae across the shelf and adjoining deep sea sediment fan using multibeam swath bathymetry, sub-bottom profiling and sediment coring (Figure A).

The research involves collaboration with colleagues at the universities of Cambridge, Loughborough and Colorado. 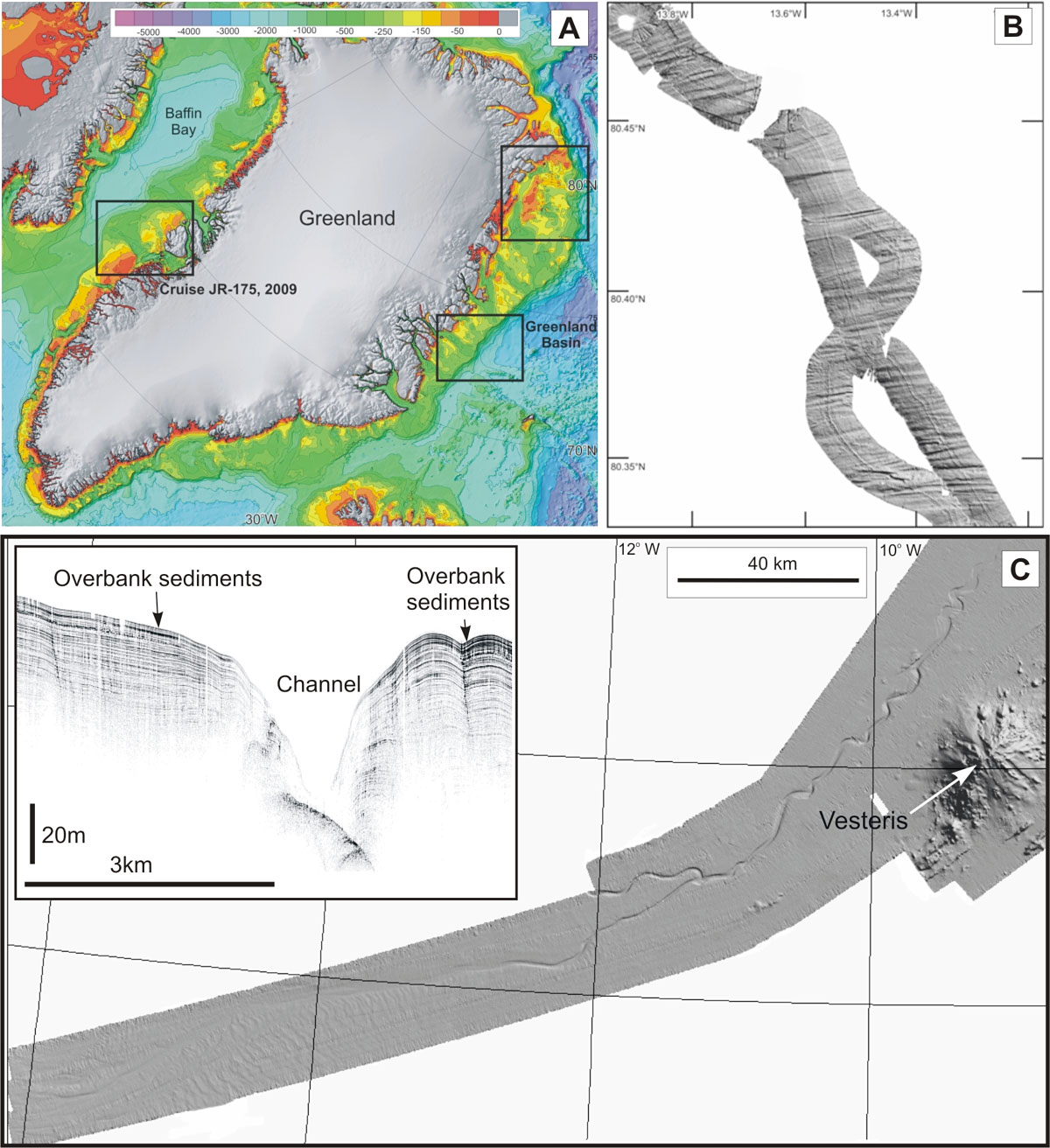 (B) EM120 swath bathymetry shaded relief image of streamlined subglacial bedforms formed in sediment on the floor of Westwind Trough, NE Greenland. The bedforms record former streaming flow through this trough during the most recent glaciation of the shelf.

Publications Related to this Research