Geochronology and dynamics of the western sector of the Greenland Ice sheet during the Last Glacial Maximum, The

This NERC funded research project is led by Dr Dave Roberts in collaboration with other colleagues in the department (Prof Antony Long) and from the NERC Cosmogenic Isotope Analysis Facility (Christoph Schnabel; NERC Project No: 9035.0407).

The project aims to establish the Late Quaternary history of the western sector of the Greenland Ice Sheet (GIS) by using cosmogenic radionuclide exposure ages to test competing hypotheses of ice sheet dimension and deglacial history. The work forms part of a wider programme of research concerned with reconstructing the Late Quaternary history of the Greenland Ice Sheet which has, thus far, been mainly based on using conventional relative sea-level data and radiocarbon dating techniques for resolving deglacial chronologies, but which has recently been improved through the successful application of cosmogenic radionuclide dating of deglaciated terrain (Rinterknecht et al., 2005; Sparrenbom et al., 2006; Håkansson et al., 2007; Roberts/NERC CIAF: 9015.0405).

The underlying rationale for this research is to determine if recent observed changes to the mass balance of the GIS are part of a natural variability in ice sheet dynamics, or if they are a response to recent, potentially anthropogenically-induced, climate warming. In order to do this an understanding of the longer-term changes in ice sheet behaviour is essential, as this will further our understanding of the internal and external environmental controls that drive ice sheet fluctuation.

The recent application of cosmogenic exposure surface dating in southeast Greenland (Roberts/NERC CIAF: 9015.0405) has improved our understanding of ice sheet dynamics during the LGM, with evidence for warm based ice operating above 750m asl reinforcing the concept of ‘big ice’ flowing on to the continental shelf, and deglacial dates (13.5 – 9.8 ka BP), supported independently by 14C dating (11.0 – 9.5 ka cal BP), suggesting late deglaciation in this sector of the GIS.

The application of this approach to the west and southwest sector of the GIS is now important for several reasons. Firstly, early geomorphological research established a basic deglacial chronology for west Greenland, which was later extrapolated elsewhere (Funder, 1989). However, the 14C deglacial chronology relied heavily on marine shells with poorly constrained palaeoenvironmental context, and recent work has begun to challenge these models. In central west Greenland, for example, deglaciation occurred much later (as in SE Greenland), with the Fjord stade moraines being older than previously thought, forming between 10 - 8 ka cal BP as a function of the interplay between topography and ice sheet dynamics, and not being climate driven (Long and Roberts, 2002; Long et al., 2006). Secondly, the area has been the focus of regional scale ice sheet modelling, but this has utilised the poorly constrained old chronology (Tarasov and Peltier, 2002). Lastly, the ice sheet here has a low, flat surface profile, and so is sensitive to climate change, with changing albedo and increased surface melt days leading to rapid changes in mass balance (Box et al., 2006). The region is also sensitive to changes in ocean temperature, with the establishment of the west Greenland current being particularly important post-glacially (Lloyd, 2006).

This project will generate new glaciological and chronological data that will provide critical constraints on the magnitude and timing of ice sheet growth and decay in the west sector of the GIS, produce tie-points for the calibration of new ice sheet models, and allow the integration of the newly constrained ice sheet dynamics with ocean and climate records. 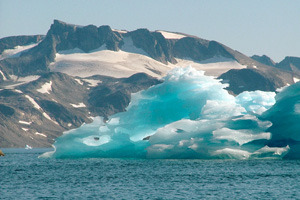 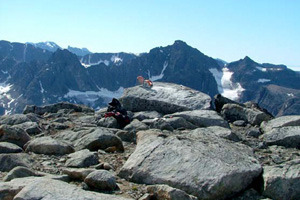 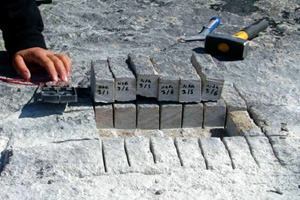