This project investigated the archaeological site of Semiyarka in northeast Kazakhstan. The project was funded by a British Academy/Leverhulme small grant to Dr Dan Lawrence, in collaboration with Dr Miljana Radivojevic (UCL) and Professor Viktor Merz (Pavlodar University). Semiyarka lies on the eastern edge of the steppe landscape of Central Asia, which stretches from Hungary to western China. During the Bronze Age (c. 3000 – 800 BC) people, animals and ideas moved across this vast area, establishing connections which would eventually formalize into the trade network known as the Silk Roads. Initial reconnaissance by satellite imagery and a preliminary field visit suggested Semiyarka may be an interesting site because of its large size (estimated to be 40 hectares) and the presence of metal artefacts on the surface. Our project used CORONA spy photography, modern high resolution satellite imagery and drone photography to produce a detailed map of the site. We also undertook geophysical prospection to investigate structures present without excavation, and conducted a surface collection to pick up material culture (mainly pottery and metal fragments) left on the surface. Our results show that the site was in fact between 70 and 140 hectares, making it one of the largest prehistoric sites in Central Asia. We recovered evidence for tin-bronze production in crucibles, a technique which has not previously been found in the steppe region except close to the mines where the relevant ores are found. Structures on the site were large and made from mud brick, with ditches and small earthworks around the edge. From the pottery on the surface we can date the site to the Final Bronze Age (1200 – 800BC). Intriguingly, this means the site became prominent just as sites along a southern route through the steppes and mountain corridors declined, suggesting a hitherto unrecognized northern route may have developed during this period. The next stage of the project will be to excavate the site to investigate the social and economic organization of the inhabitants, and to conduct a survey in the surrounding region to look for further evidence of occupation. 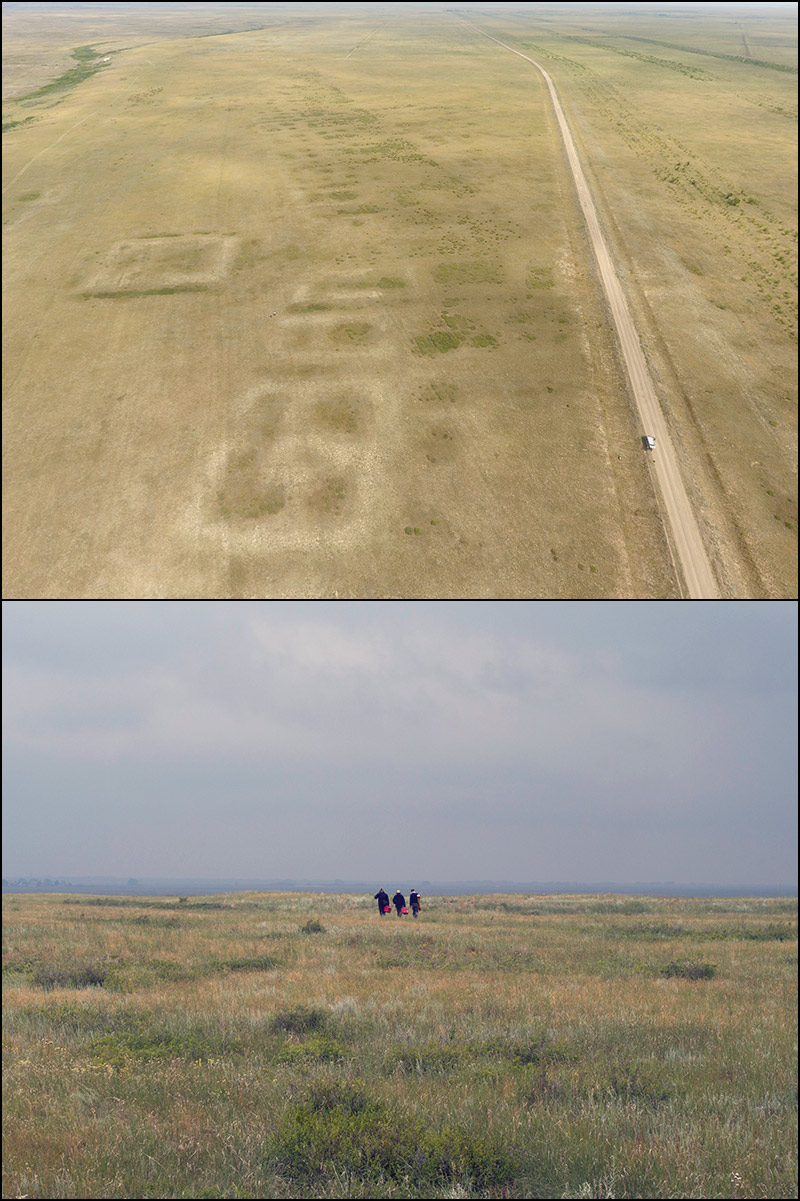