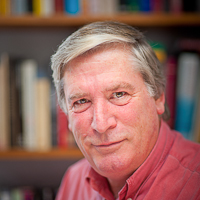 Professor Emeritus (Modern Chinese History) in the Department of History

Paul J Bailey specialises in the social and cultural history of modern China. He grew up in Malaya (as it then was) and West Germany (as it then was) before taking a BA Honours degree in Chinese Studies at Leeds University. He then obtained an MA in Chinese and Japanese history and politics at the School of Oriental and African Studies (University of London), and did his doctorate at the University of British Columbia, Canada, where he was also a teaching assistant and the recipient of a Killam doctoral fellowship.While doing his doctorate he spent a year (1980-1981) at Beijing University, China, as a British Council postgraduate scholar. During his time in China he was also a part-time 'stringer' for United Press International, reporting on local news and translating items from the Chinese press.He formerly taught at Lingnan College (Hong Kong)(teaching English language and literature, as well as coaching part-time the College football team), Berlitz International Language School in Paris, School of Oriental Studies (University of Durham) (teaching Chinese literary and philosophical texts,Chinese civilisation, modern Chinese history) , Sevenoaks School (teaching European and American history), University of British Columbia, Canada (teaching a summer course on modern Japanese history), and the University of Edinburgh (teaching elementary Chinese and Japanese, Chinese literary and historical texts, Chinese civilisation, modern Chinese history, modern Vietnamese history, modern Japanese history). While at Durham (1983-1984) he co-directed and acted in a Chinese play, Leiyu/Thunderstorm, by the renowned playwright Cao Yu (1910-1996) and performed in Chinese by Durham students. At Edinburgh University he helped promote public interest in the Chinese 'new wave' cinema of the 1980s, giving a public lecture on the subject at the National Museum of Scotland (in 1989) and organising a one-day workshop on contemporary Chinese cinema at the Edinburgh Filmhouse (in 1991). Professor Bailey was a Visiting Research Fellow at National Taiwan University (1997) and at the Centre of Asian Studies, University of Hong Kong (2000), and has twice been a British Academy exchange scholar in China (1995, 2000). As part of a festival of Chinese cinema (Cinema China) in 2007 jointly organised by Edinburgh University's Film Studies Department and the Beijing Film Academy, Professor Bailey gave three public lectures on aspects of modernity, war, and gender in Chinese cinema from the 1930s to 1990s. In 2010 he was an invited keynote speaker at an international conference on the experiences of Chinese workers in World War One France and Belgium co-organised by the University of the Littoral Opal Coast (Boulogne-sur-Mer) and In Flanders Field Museum (Ypres), the first such academic conference on the subject ever held in either France or Belgium.He was also on the editorial committee that produced the conference volume published in 2012 (Li Ma ed.Les travailleurs chinois en France dans la Premiere Guerre mondiale, Paris: CNRS Editions). In 2012 Professor Bailey (representing the University of Durham), along with colleagues from the University of Copenhagen and Zhejiang University, co-organised an international symposium on Sinology and Sino-Foreign Cultural Relations and Exchanges held at Zhejing University (Hangzhou, China).

He has published monographs on Chinese gender and educational history as well as narrative histories of modern and contemporary East Asia. His research has been funded by grants from the Leverhulme Trust, British Academy, AHRB/AHRC, Carnegie Trust, Japan Foundation, and the British Universities China Committee. He has recently started a new research project that explores the ways in which female crime and discourses of female criminality can illuminate social and economic change (as well as processes of nation-building) in twentieth-century China. Future research projects are (1) Creating Difference: Discursive and Visual Representations of Foreign Women in Early Twentieth-Century Chinese Women's Magazines (2) A Genealogy of Chinese Overseas Labour: From "Coolie" to "Transnational Agent" (19th-21st Centuries) (3) Communism and Feminism in Early Twentieth-Century China: The Life and Times of Xiang Jingyu (1895-1928) (4) History, Myth and Identity in Chinese and Japanese Cinema. From academic year 2011-2012 he will be Co- Director of the Chinese Studies degree programme at Durham. Since 2011 Professor Bailey has also been a Faculty member of the International College (Faculty of Arts and Humanities) at Zhejiang University (Hangzhou, China), where he gives lectures for the University's international MA in Chinese Studies.

Professor Bailey is currently completing a book on the Chinese overseas workers recruited by the French and British governments during World War One for war-related labour both at and behind the Western Front.It begins by situating the episode within the longer history of Chinese overseas labour migration from the eighteenth century onwards, and then focuses on the background and context of the recruitment; representations of the Chinese workers by their French and British employers; the lives, experiences and activities of the Chinese workers themselves; and how both the Chinese government at the time and a group of Chinese Francophile anarchists resident in France before and during WW1 invested the recruitment with their own political, cultural and social agendas. In an epilogue, the book explores the 'afterlives' of the World War One Chinese workers and explores the reasons why their role and contribution during the war, virtually ignored for much of the twentieth century, have been highlighted and valorised in both China and France since the turn of the millenium.