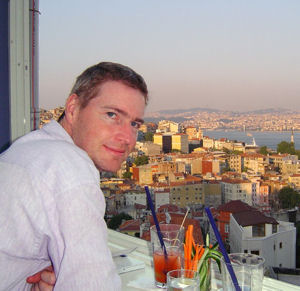 Honorary Professor in the Department of Earth Sciences

After Undergraduate in Geology at Dundee University, Simon completed a PhD in structural geology and paleomagnetism supervised by Mike Coward at Imperial College. He then joined Amerada Hess in 1992 and spent 8 years in Exploration prospect generation and drilling throughout the North Sea. Simon then joined BP, initially as a structural geologist supporting activities worldwide. He then moved to operational roles focusing on integration of Geoscience with well planning and execution, and played a key role in establishing the integrated well delivery process in BP. Simon then applied these skills in an operational role based in Azerbaijan where he spent 5 years in well planning and team leader roles in the Azeri-Chirag-Gunashli supergiant oilfield. In 2008 he moved to Heriot-Watt University to become the Head of Institute at the Institute of Petroleum Engineering.

Throughout his career Simon has maintained a strong interest in Research and has published approximately 40 peer-reviewed papers. Simons’ research interests are relatively broad, including salt tectonics, paleomagnetism, mud volcanism and impact cratering and other topics. He has also delivered teaching on seismic interpretation and structural geology.