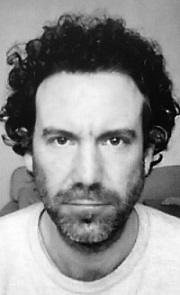 I was an undergraduate at the University of Glasgow and then a postgraduate at the University of Warwick. I have a long standing interest in ethics and moral philosophy and have a written a number of articles on topics that address issues in metaethics. I am also very interested in Wittgenstein and Hume, particularly in what we can learn from their work about belief, naturalism and normativity. Forthcoming work includes, for example, this on Hume and liberal naturalism and this on Wittgenstein and embodied normativity.

My other research focus is on topics in the philosophy of psychiatry. I was fortunate to be part of 3-year AHRC/DFG project: 'Emotional Experience in Depression: A Philosophical Study’, and some of the work I did as part of that has led to some teaching sessions on depression that I co-ordinate at this amazing place Newcastle Recovery College.

As well as through the links below, some of my work is also available here.

I have four children: Bronwen, Tobias, Dominic and Iona. In my spare time I like trying to catch up on the work I haven’t finished. And I also go to the mountains and the sea in Assynt, NW Scotland.