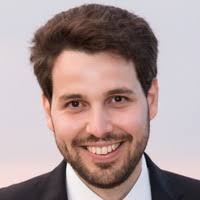 Leverhulme Early Career Fellow in the Department of History

Matthieu Pignot's research focuses on the history of Christianity in the late antique and early medieval West (400-1000). His forthcoming book, The Catechumenate in Late Antique Africa (4th-6th Centuries) provides the first historical study of the catechumenate, the ritual process of conversion to Christianity, in late antique North Africa. This study highlights that rituals were essential for Christianisation, and that, in a context of great diversity, attempts to define religious practices were often made in controversies. From the 5th century onwards, influential predecessors, such as Augustine, started playing an important role as authorities in the definition of practices.

Following this thread, Matthieu Pignot's current project, entitled Augustine and the Making of Christian Practice (400-1000), sponsored thanks to a three-year Leverhulme Early Career Fellowship (2020-2023), explores the reception of Augustine’s works on rituals. How did western Europe become a Christian society? We know when this happened—after the fall of Rome— but not how. While Augustine’s influence is often said to have decisively shaped modern Christianity, the early history of Augustine’s impact on day to day Christian practice in North Africa and Western Europe, which provided the foundations for later developments, remains largely untraced. This project focuses on this formative period, from the fifth to the tenth century, and will show when, how, and to what extent Christian communities resorted to Augustine’s authority in their attempts to define Christian practice. It will test the hypothesis that the early reception, in the fifth and sixth centuries, decisively shaped the longer-term influence of Augustine’s works on the emergence of Christian practices and his status as a major figure of authority, from the Carolingian period onwards in the eighth to tenth centuries. By focusing on Augustine’s early medieval reception, this project will recast our understanding of his role and more broadly shed light on the concrete impact of inherited traditions from North Africa in the development of religious practices in the middle ages and beyond.

Matthieu Pignot has also worked for the “Cult of Saints” ERC project, building a new open-access database bringing together evidence for the emergence of the cult of saints across the whole Christian world before 700 (http://csla.history.ox.ac.uk/search.php). He is also part of a team preparing translations and commentaries in French of Augustine’s explanations on psalms (Enarrationes in Psalmos) and the Dolbeau sermons, both published in the Bibliothèque Augustinienne series( http://www.brepols.net/Pages/BrowseBySeries.aspx?TreeSeries=BA).