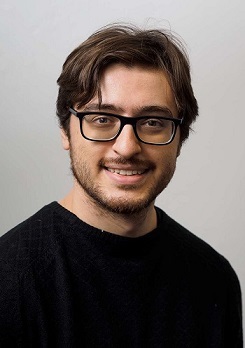 Doctoral Research Project: The Architectonic Science: Politics and the Statesman’s Knowledge in Plato, Aristotle, and Isocrates

My project investigates the interrelations between the political thought of Plato, Aristotle, and Isocrates, with a focus on statesmanship as ‘architectonic science’ (Johnson 2015), i.e. a superior science that coordinates other subordinated sciences in order to fulfil an overarching end. Indeed, statesmanship appears to be a crucial point of common reference, and the crisis of Athenian democracy compelled these intellectuals to formulate the problem of politics as a problem of the ruler’s competence and capacities. Furthermore, the general research question on statesmanship allows us to address four subordinated issues concerning the statesman’s knowledge: its epistemological foundation, its aims, its methods, and its relations with other forms of expertise (e.g. rhetoric).

My research project responds to the challenges offered by these issues by focussing on the importance of Isocrates, who conceived of philosophy as a practical wisdom which cannot operate independent of rhetorical eloquence (Timmermann 1998). Accordingly, the recent recognition of Isocrates as a philosophically significant thinker has prompted scholars to enquire into his relationship with Plato and Aristotle. Some scholars have emphasised how Plato, Aristotle and Isocrates were part of a unified cultural environment and engaged with similar cultural challenges (Wareh 2013). Also, many studies have compared Isocrates either with Plato or Aristotle (e.g. Schwarze 1999, Depew 2004, Ober 2004, Garver 2004, Haskins 2004, Poulakos 2004). However, no systematic account of how Isocrates’ philosophy relates to Plato’s and Aristotle’s political thought has been provided so far. Therefore, my project aims to develop an overall perspective of Isocrates’ philosophy and its relationship with Plato and Aristotle, seeking to establish whether Isocrates can contribute in shedding new light on 4th-century BC political thought.